Cruising is a wonderful vacation, but when you mix a Cruise with Disney...Magic, Wonder, Dream and Fantasy await!  Not only are they the names of the four ships in the Disney Fleet, but they bring those things into your vacation from the moment you step into the Port!  My first cruise was on the Disney Fantasy November 3-9, so the Cast Members actually changed out the Halloween decor to Christmas in only a few hours.  It was absolutely amazing!  The Sail Away Party


was a fun show and surreal moment that VACATION HAS BEGUN!

I would recommend seeing all the big shows in the Walt Disney Theatre.  I truly enjoyed "The Welcome Show,"  "Disney's Alladdin,"  "Disney Wishes,"  "Disney's Believe," and "An Unforgettable Journey."

I was on a special cruise with a few hundred "friends" from the Disney Community.  It was so much fun for me to enjoy my first cruise with so many people who ENJOY all the Disney details, as I do.  Sunday was our first full day on the ship & a Sea Day.  I was excited about the WDW Radio Welcome Meet, where Lou Mongello introduced our Guest for this cruise:  Ridley Pearson, Best-Selling Author of the "Kingdom Keepers" series, as well as many suspense novels for adults as well. 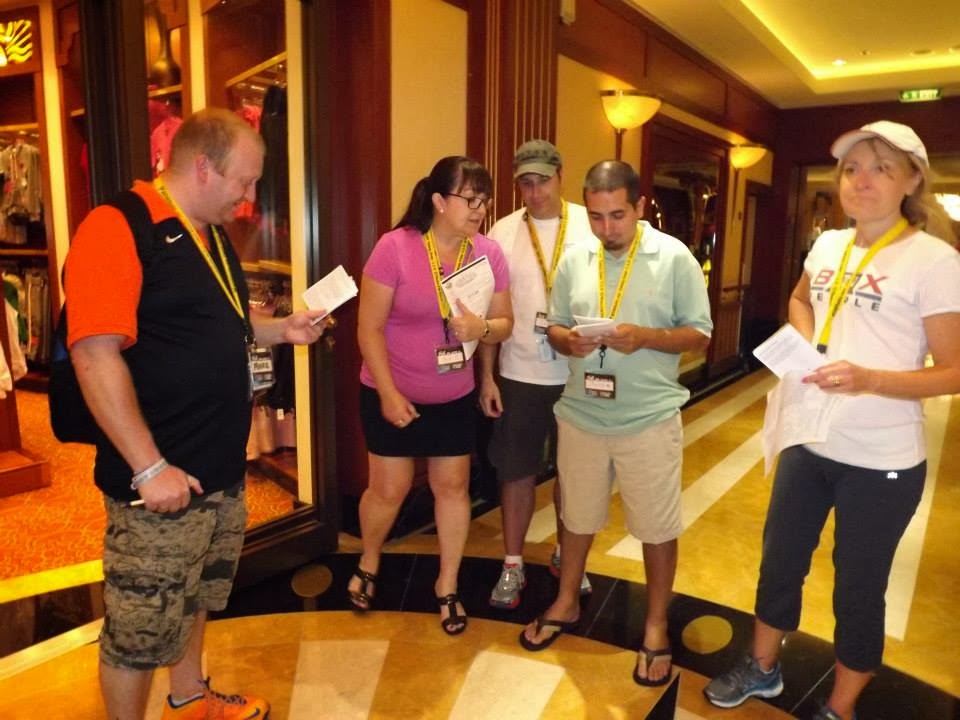 Ridley told us a little about himself, answered some of our questions and then he had a special treat for us.  For any of us interested in doing "Ridley's Quest" we were given a booklet of clues that took us throughout the ship.  We chose teams and then went off to save the ship from "the Overtakers," who are the evil 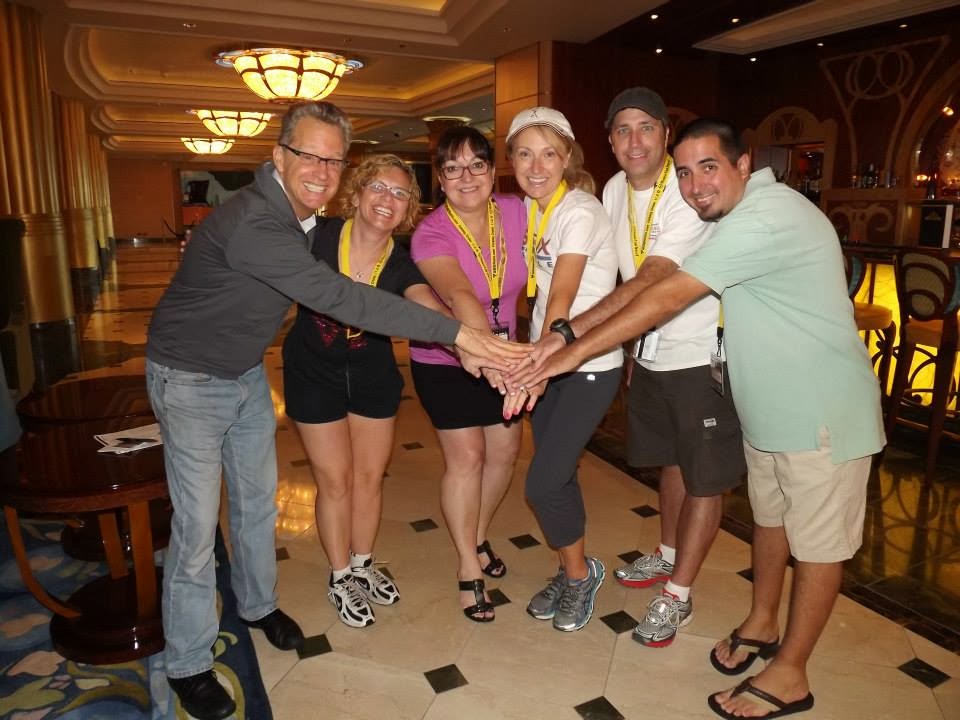 characters in his Kingdom Keeper series.  We were the Kingdom Keepers on this cruise and for BIG KIDS like us Disney fans, it truly was a FUN time! 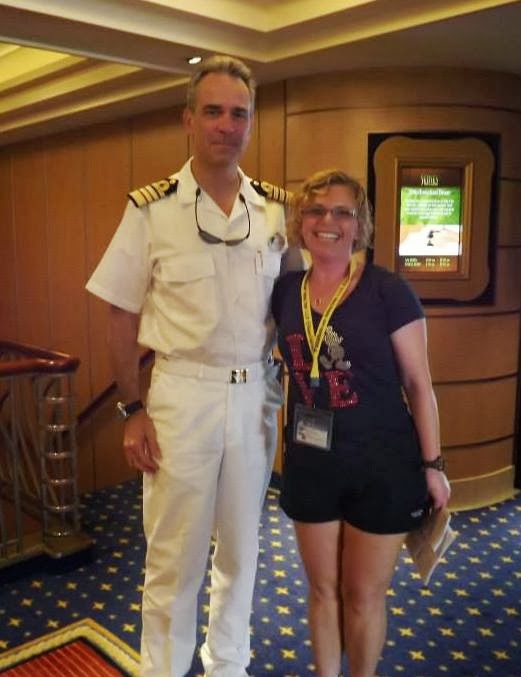 We even came to one place where we collaborated with another team from the United Kingdom to figure out the difficult piece.  Ridley was excited that we were having so much fun with his quest and it was wonderful to get to know him and his Assistant, Jen while we were on this wonderful cruse.  During one point, I was reading "The Quest" and the ship's Captain "Captain Marko" was walking past us and saw how much fun we were having, so he stopped to chat with us for a few minutes.  I actually got to see the ship's Captain during my brunch at Palo the next day and he said hello as he walked by.  My lunch included wonderful friends in the Disney Community and I need to thank Beci Mahnken of MouseFan 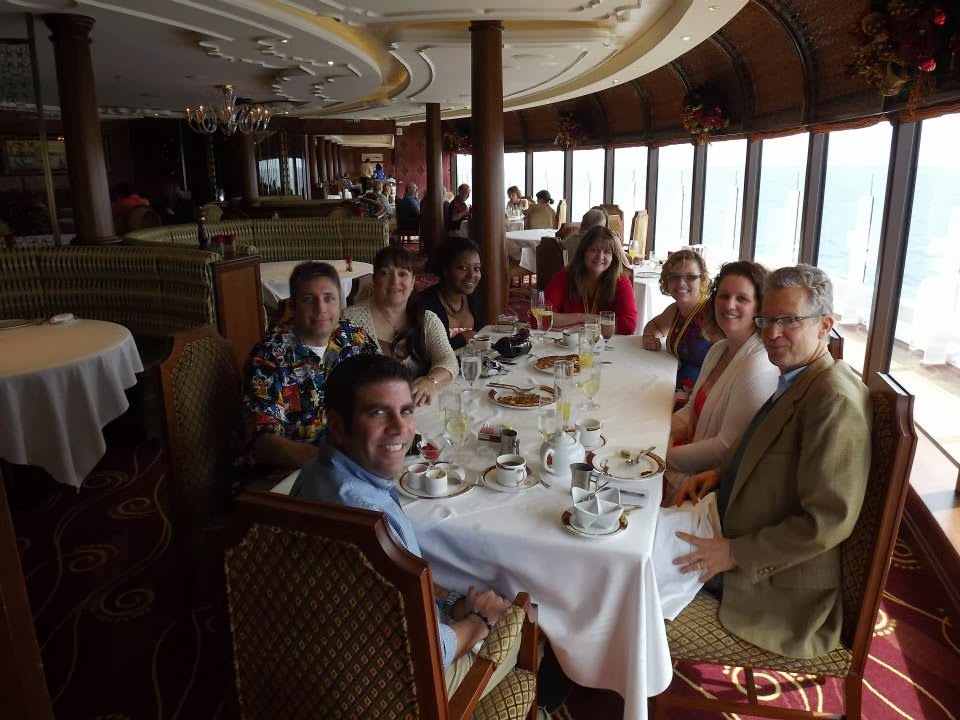 Travel and Lou Mongello from WDW Radio for allowing me to have lunch with them, Ridley & Jen.  I was very proud to have won this wonderful opportunity.  It was so nice to have a chance to chat with Ridley as he was feverishly working on Book 7, the final book of the series because his Publisher's deadline was fast approaching.

Tuesday we arrived at St. Marten and a few of  us took the "UNDER TWO FLAGS TOUR."
This tour was interesting to me because we got to see where Mick Jagger has a house & the interesting facts of a small island that consists of 2 countries.  The island of St. Marten is 37 square miles and has 37 beaches.

I also learned that it is an International call from the Dutch to the French side.  Most locals have two cell phones, one for each country.

On the island, we found a French Cafe to get a special tasty treat  by my favorite part of the day was a stop on the tour where we had an ice cream cone and ride a carousel.


Tuesday night was"PIRATE NIGHT" and I shared a wonderful

moment with "the other Captain" Jack Sparrow.  He made a grand appearance into Pirate Party, which was followed by fireworks - YES, FIREWORKS in the middle


of the Ocean!  Then we danced as Buccaneers until the party ended.

Wednesday we arrived at St. Thomas.  I just went off to check out the local shopping within walking distance of the dock just to say I was on the island.  I arrived back on the ship early as Ridley was having a "Family Quest" to take us to some fun places that his books took you in his series.  From there, I went to the "Art of the Theme Tour" which is a free tour on the ship.  Cast Members take you to different areas of the ship to tell you interesting facts.   I truly enjoyed this tour, the places and information that you can share throughout the rest of the cruise while around the ship.  Wednesday night, I was able to play in the Oceaneer's Club - which is the children's play area of the ship.  Our group was the first adult group ever allowed to play here and we had from 12-1am to enjoy all the fun that we could fit into the time!  We made it a PJ Party!

Thursday, I was able to take another "Quest" which took us into the Radio Room and on a Galley Tour.  We were not allowed to take pictures on the Galley Tour, as it took us into the kitchen and behind-the-scenes areas.  Some interesting facts that we learned were:


-  There are 1500 Crew Members in fresh costumes every day!

-  Costumes have the RFID chips that we have in our key cards, so if a Cast Member is down to their last costume, it shows how many are checked out...this keeps their Cast Members in fresh clean costumes at all times. 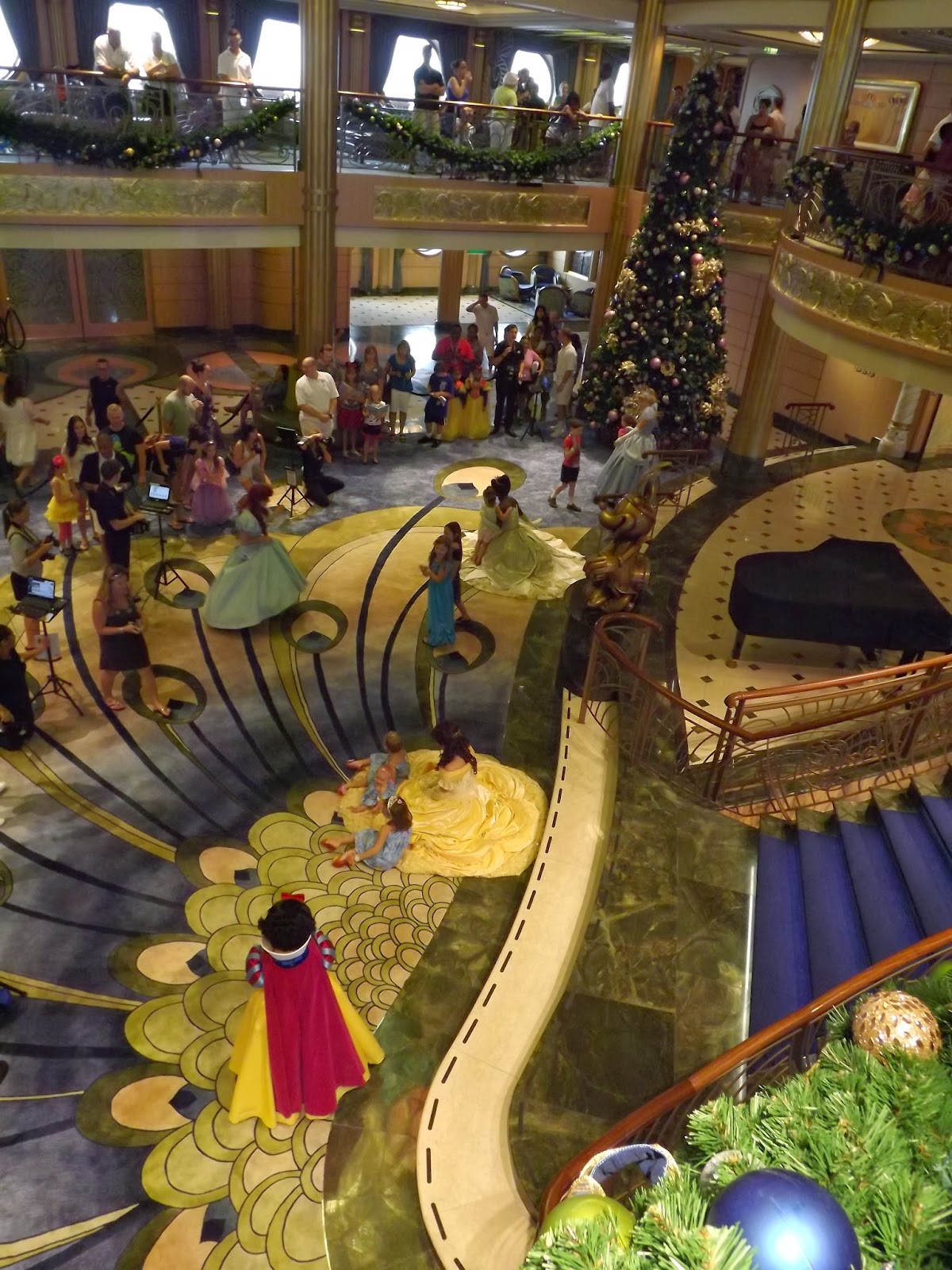 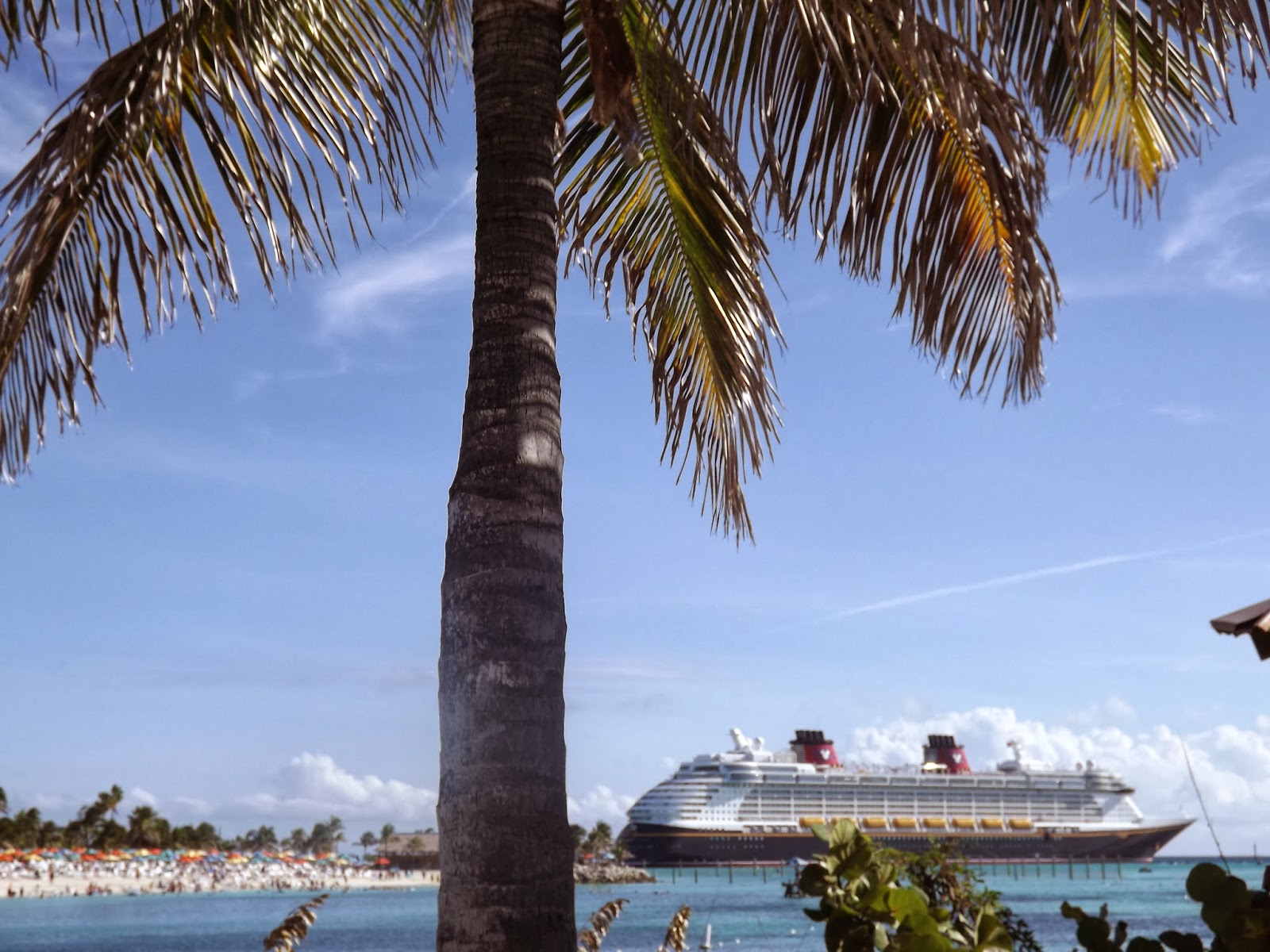 The Walt Disney Family Museum was on the ship to present:  "Snow White and the Seven Dwarfs Creation of a Classic:  Celebrating the 75th anniversary of the first of Walt Disney's feature length animated film on view from November 15-April 14.  She went over the animators, the characters from Snow White. 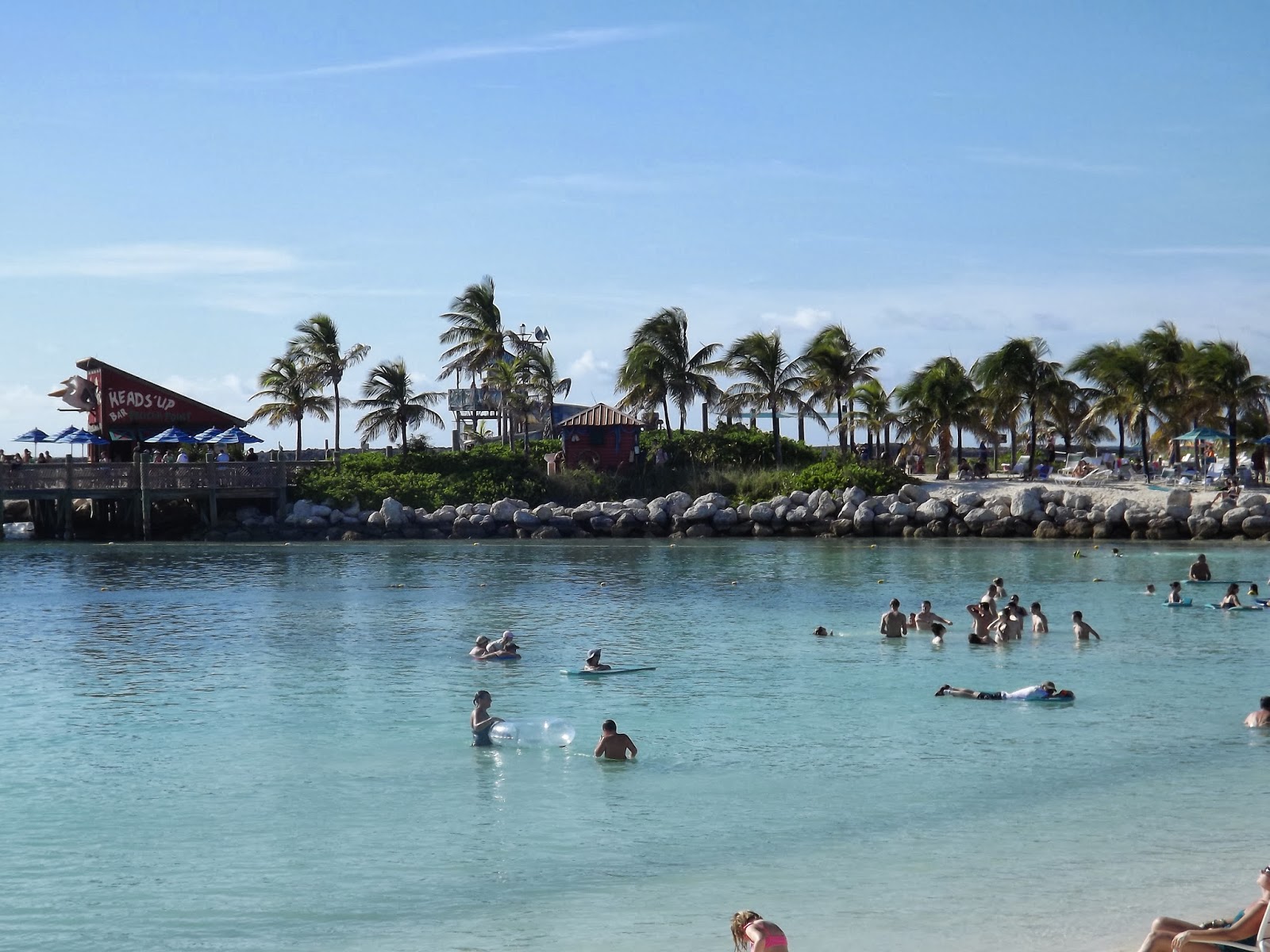 Castaway Cay was absolutely beautiful, pristine blue water and just a perfect island!  We started by taking a group picture and then 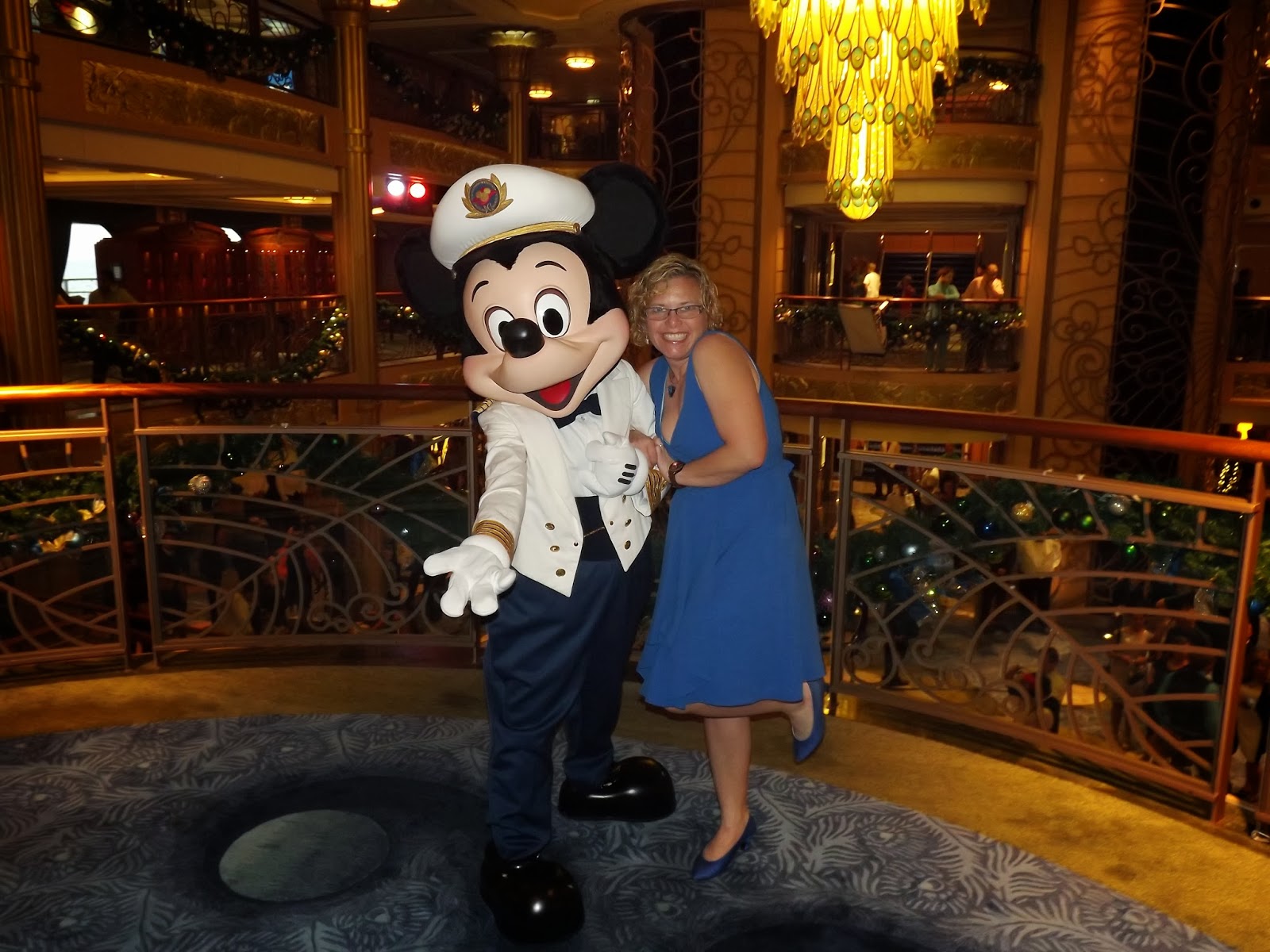 several of us went to run the Castaway Cay 5K.  After we received our medals, we got ready for lunch at Serenity Bay and relaxing at the beach...yup, that's ALL I did at Castaway Cay is just perfect!  And I can't conclude my cruise memories without mentioning the fantastic Cast Members on the ship!  Housekeeping works nonstop, restaurant servers were wonderful, food was fantastic.  All service was beyond my hopes and dreams!  The servers got to know us throughout the week.  They knew what we liked to eat and drink and 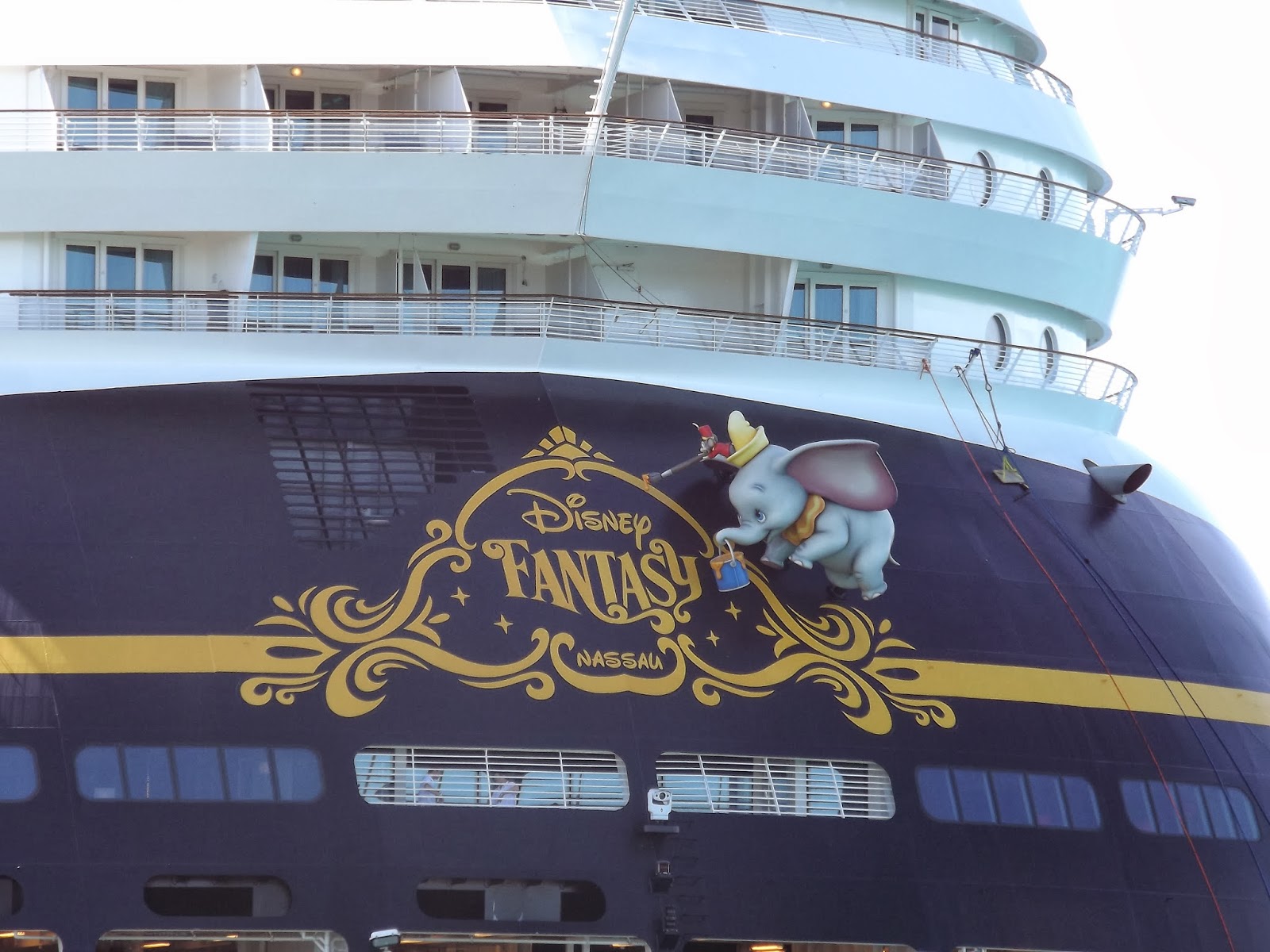 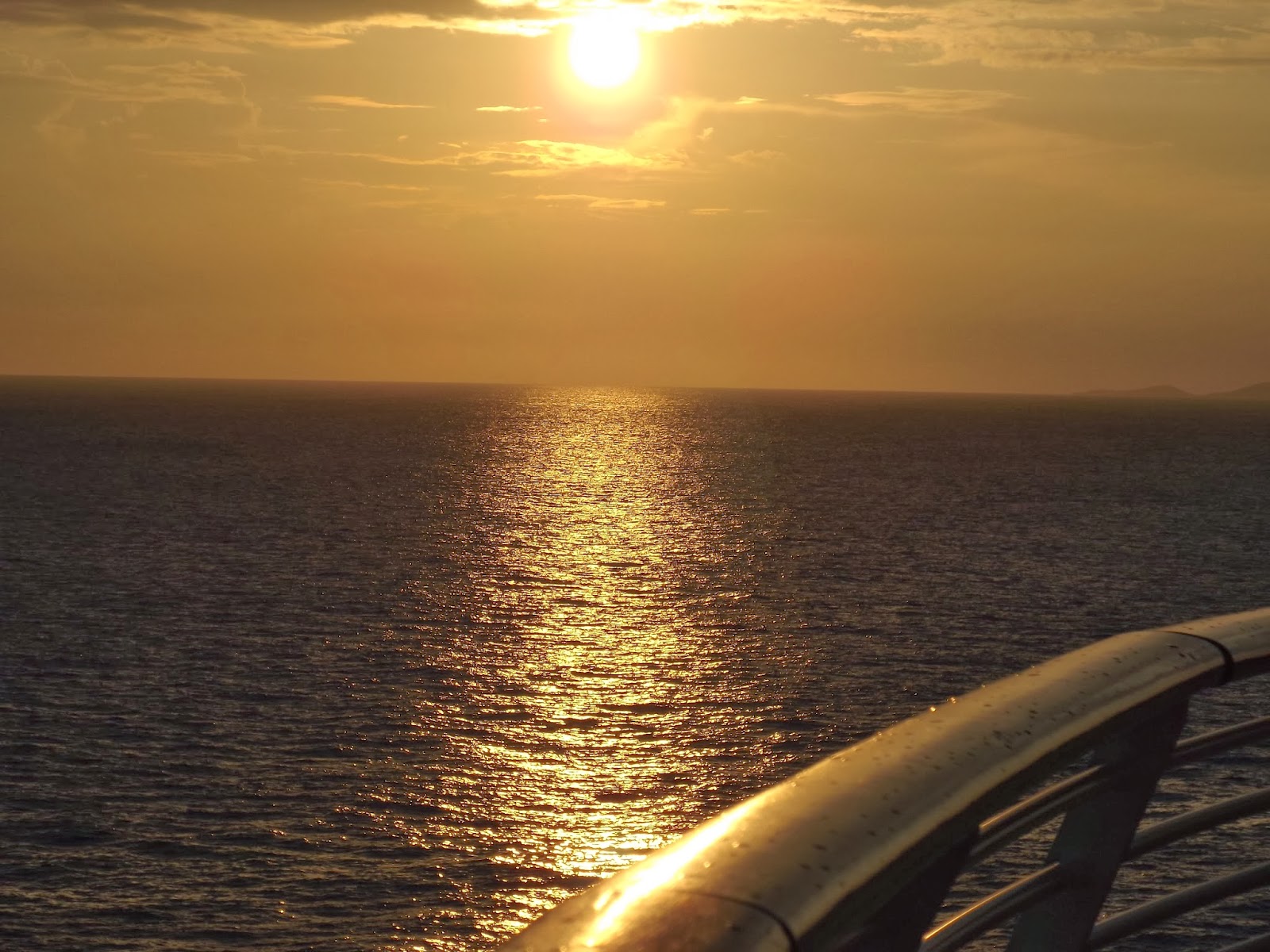 recommended things to our tastes.  Dining on a Disney Cruise has you rotating restaurants, but your servers move with you.  Our server, Raquel even brought our favorite desserts from the other restaurants to us because we wanted to have them again.  I can't express enough at what fabulous dining experiences you can have on a Disney Cruise.  I highly recommend a cruise to everyone and yes, I am already working on my NEXT Disney Cruise!