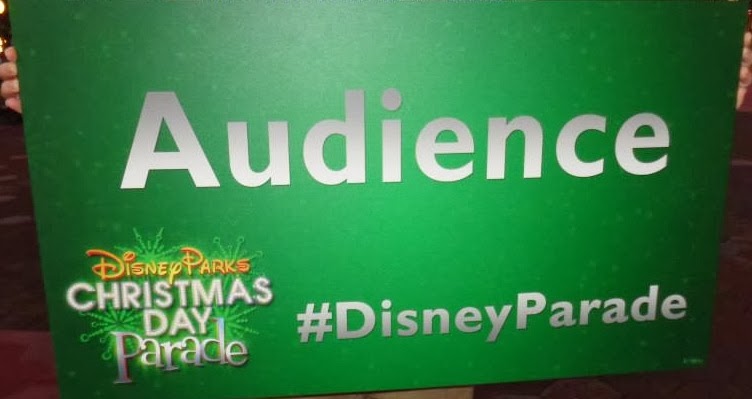 This year marks the 30th anniversary of the Walt Disney Parade.  The hosts this year are Neil Patrick Harris and Lara Spencer.  The Warm Up Host was Mark Daniel, the host of the American Idol Experience in Hollywood Studios.  The Warm Up Host is a very valuable part of the day, as he gets the crowd excited and motivated before taping and during the holding patterns. 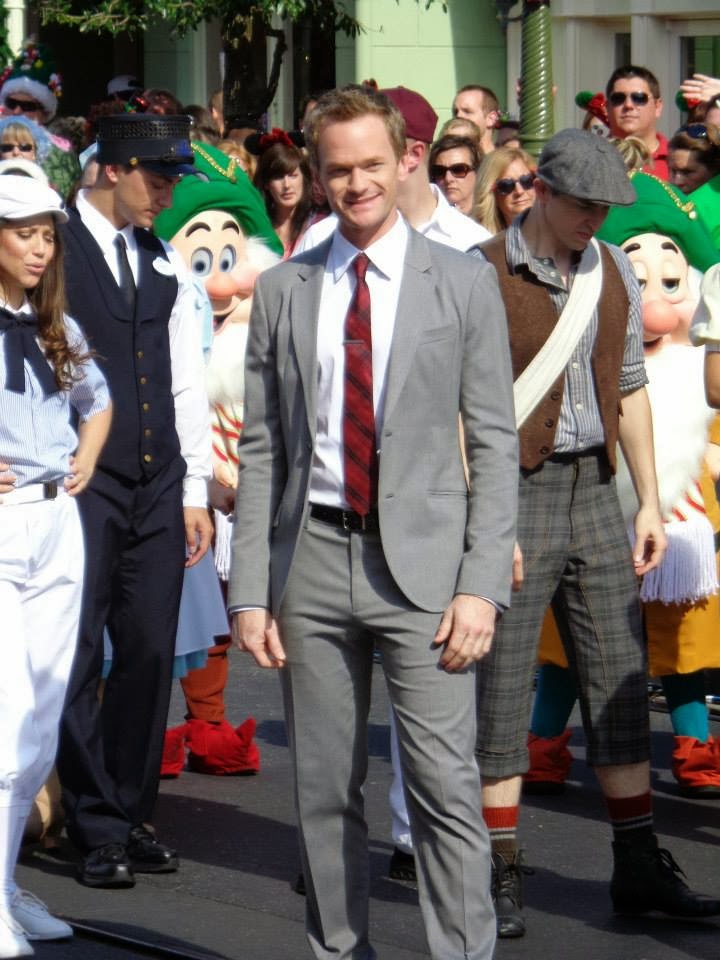 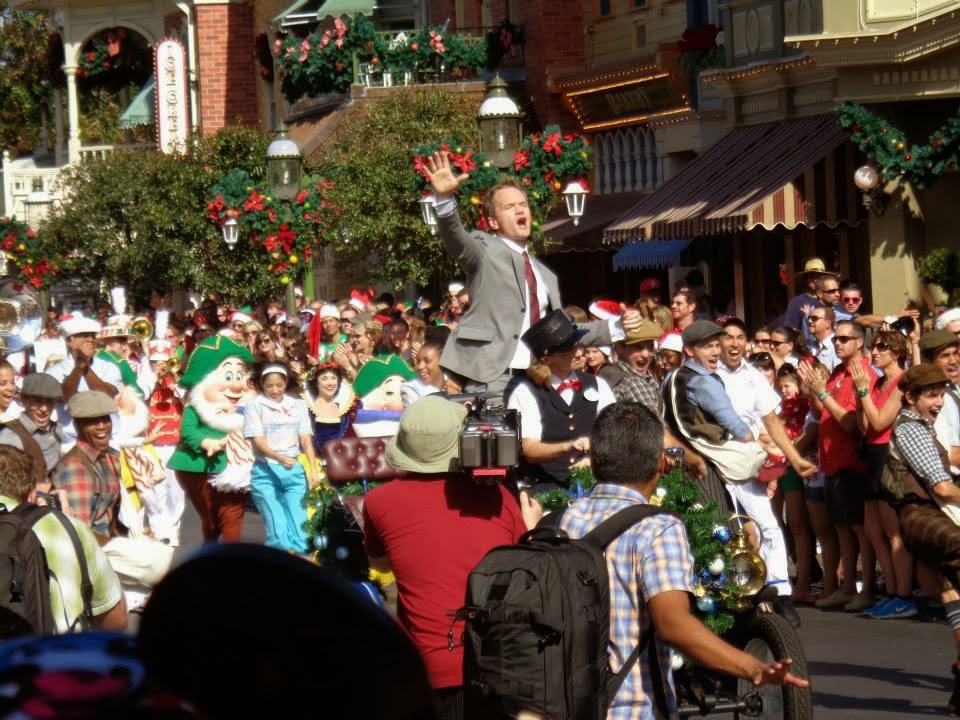 I arrived at The Magic Kingdom around 7:30am and we were immediately placed in spots where they needed people to fill the background for the Walt Disney World Christmas Day Parade.  We were in an amazing spot!  They actually taped the SPECTACULAR Finale first!  The end of the finale song was the part that happened in front us us and it has a huge finish!  Neil Patrick Harris was dancing with "The Newsies" that you may have seen at Disneyland or on Broadway along with many Disney characters from past to present to help him end the show in a huge way!  We got to see the Choreographers for this great event, Lou & Mark, directing their cast from stars, Disney Cast & even US All Stars for Cheer & Dance Championships who were a part of the Christmas Day Parade performances.   It was quite a warm day, so we were constantly reminded to stay hydrated and asked how we were doing by the Cast Members.  They even came down the street with refreshment carts that sold bottled drinks for cash only at their normal $2.50 each for anyone who needed hydration.  Then it was time for the actual parade!  By this time, it was approximately 2pm.  I will say that I had an absolutely fantastic time today!  Thank you to all the Cast and Crew who performed so brilliantly and made such a spectacular show that I am looking forward to watching on ABC Christmas day!

If you do plan to attend the Christmas Day Parade Taping, please know and understand that with any pre-recorded television production that will be edited to perfection, there will be several takes and "one more times" and you must remember your patience as a spectator.  People were working very hard to put on the show, but I basically stood in one place for approximately 9 hours.  That means you need to prepare for hydration and snacks or someone who can buy something and bring it back to you with limited ability to get down Main Street USA. 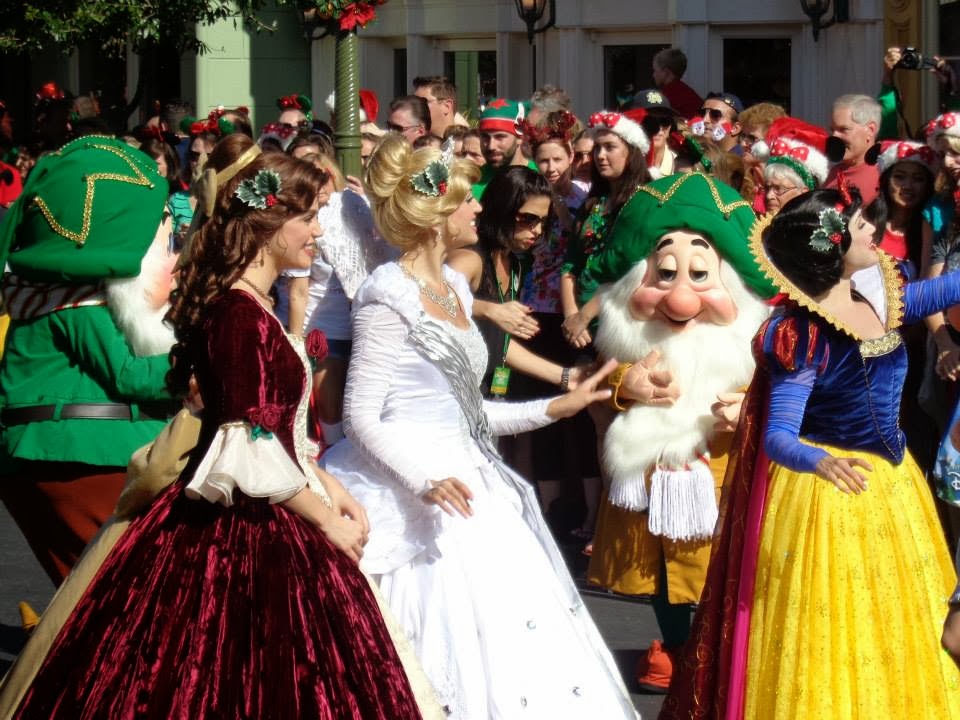 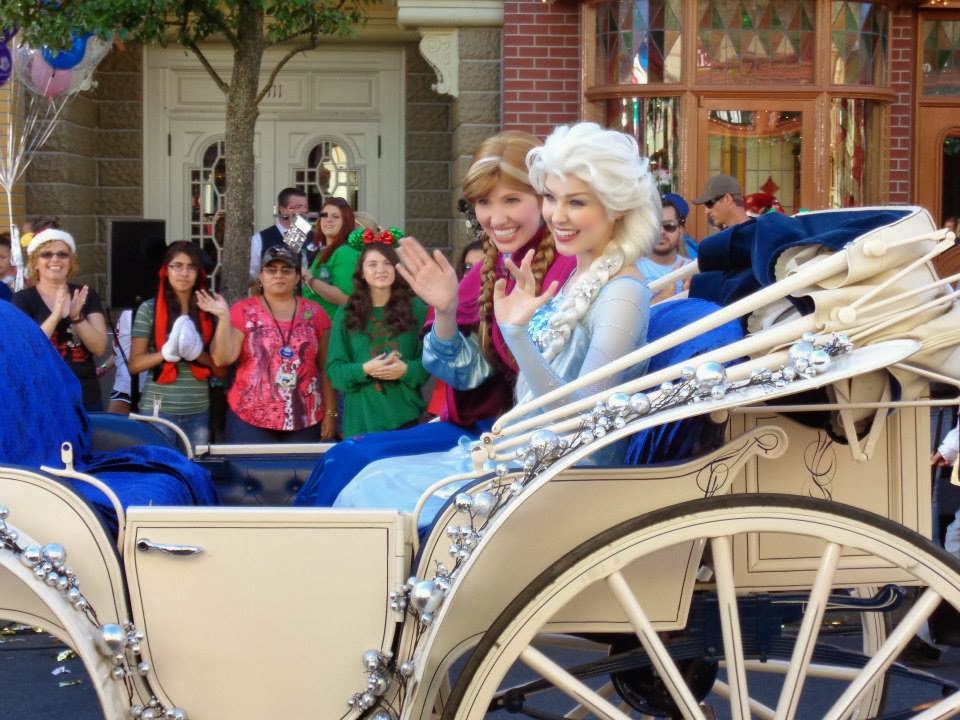 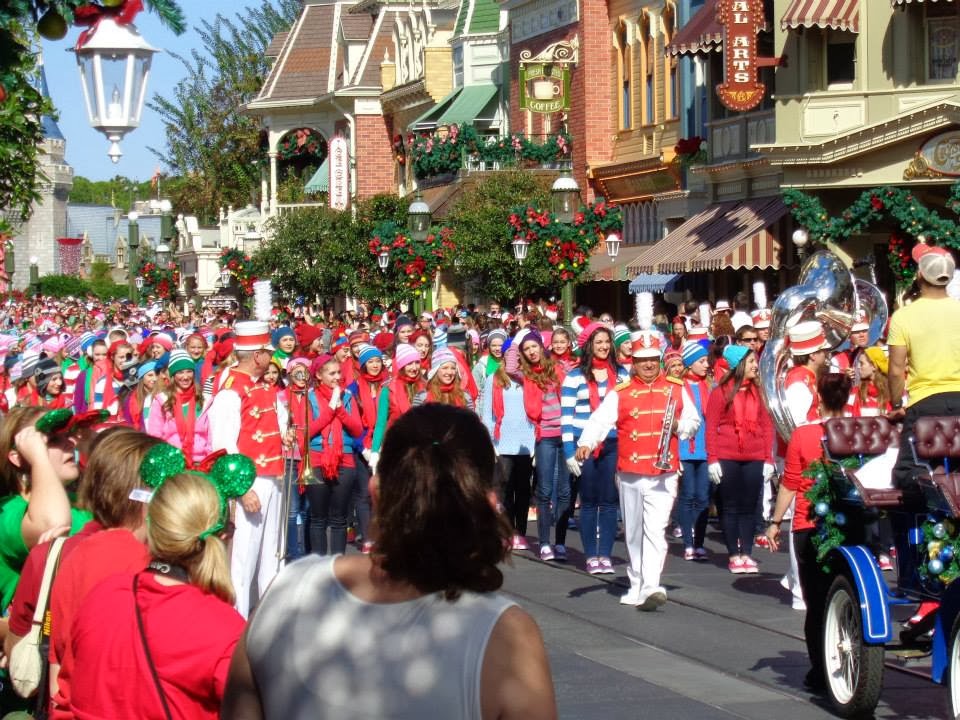 You will also need to be prepared to stand for long period of time in a very tight area with people pushing and sometimes people around whose attitudes are a little less than magical.  Not everyone seems to understand that a Television production involves many pieces of Cast and Crew performing to perfection.  If one piece is off, it's a re-do...until we get the shot needed.  Cast Members are very good to the spectators, but a television recording is honestly about the final product and not about the spectators waiting to see the parade.  The day is done in pieces and they have a very good system about what must happen next.  If you can do this and ENJOY being a part of such a FUN PRODUCTION, than you may love this as much as I did.  But if this is not your idea of fun, than maybe a different plan should be in order for taping day.  One more note:  you can take

pictures during some rehearsals, but they do tell you to put away phones and cameras when they are recording because understandably, the audience looks better enjoying the show without cameras and phones in their face on National Television.  If you enjoy watching HOW the production takes place and possibly some fun interaction with the Cast of the parade, than pack your patience and remember what you are there for.

I am thoroughly happy that I was a part of this event and would love to go again...but I also understand that not everyone enjoys the downsides of this type of event.

After the parade, the champion Carolina Crown Drum Corps came through to perform.

They were fantastic and provided a perfect musical close to our day.  I look forward to seeing how all the pieces fit together on ABC Christmas Day!  Look for me!  I was told that from the place we were standing, we were "guaranteed" to be on television Christmas Day.  We'll see!  Regardless, I'm thrilled to have seen it in person.  And if you're reading this BEFORE Christmas Day, be on the lookout for a special ending from the Walt Disney World side.  Hint, Hint:  May the Force be with you!
Posted by Beatrice Denis at 3:31 PM