Festival of Fantasy: New Parade in the Magic Kingdom 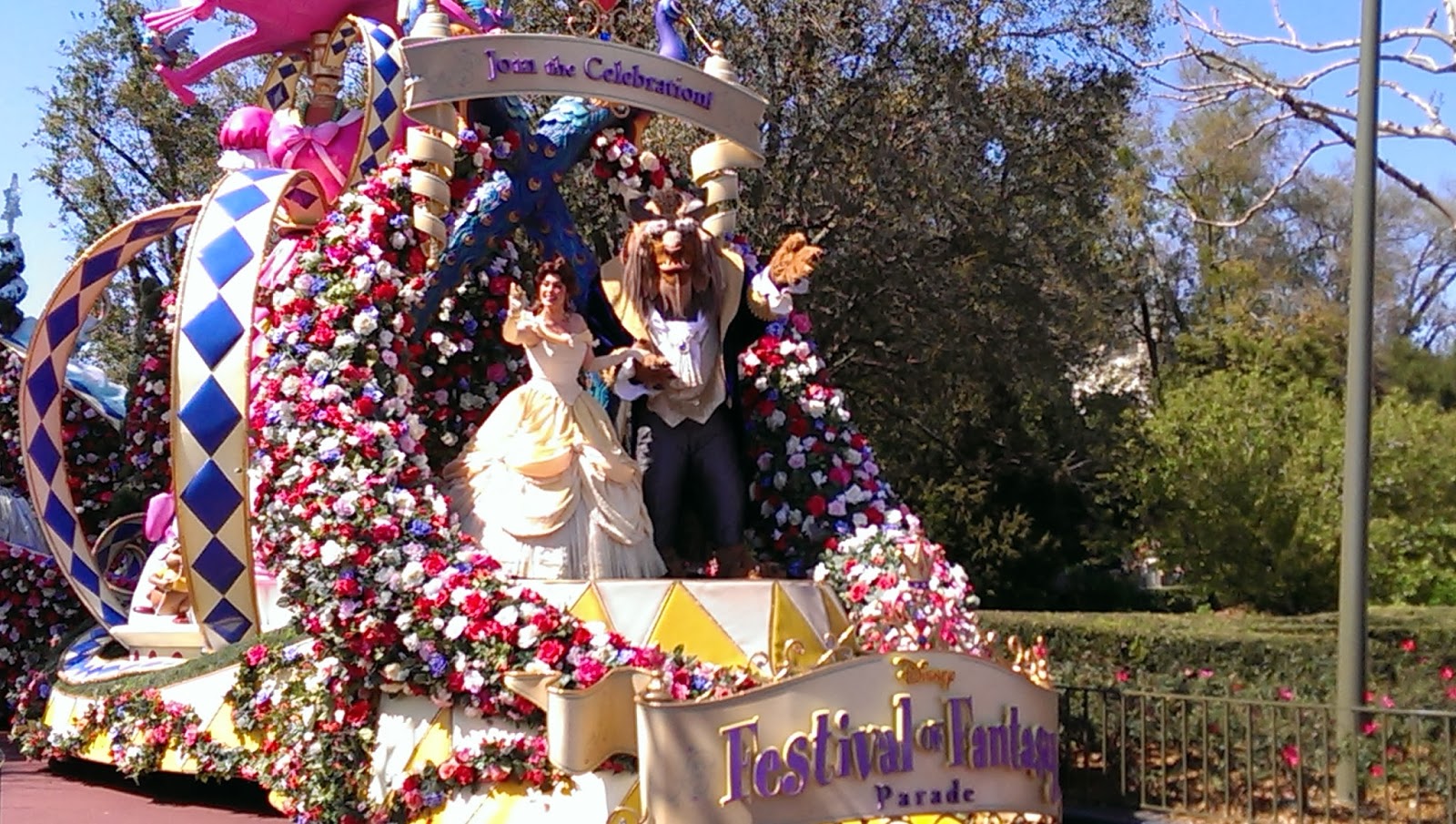 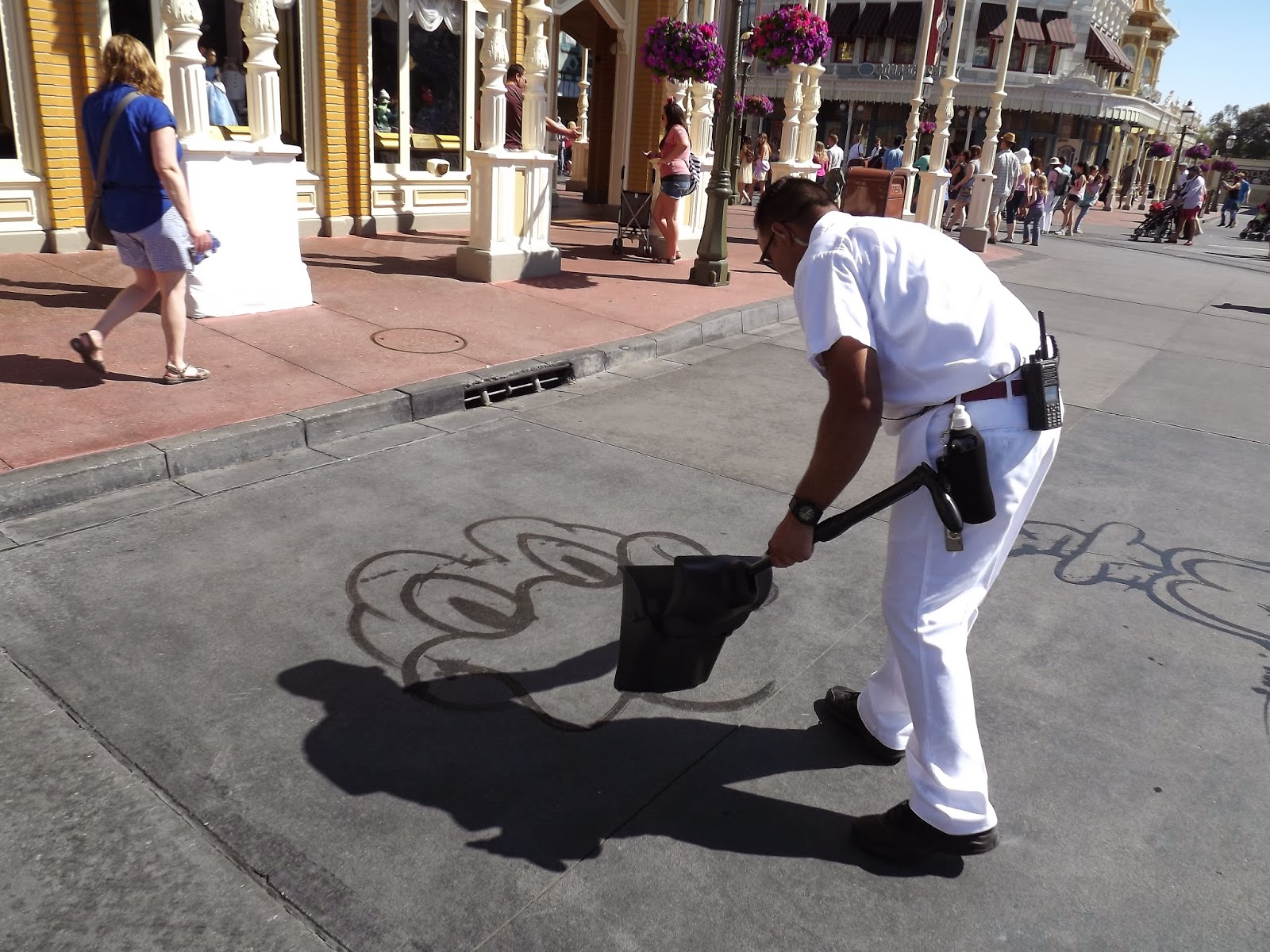 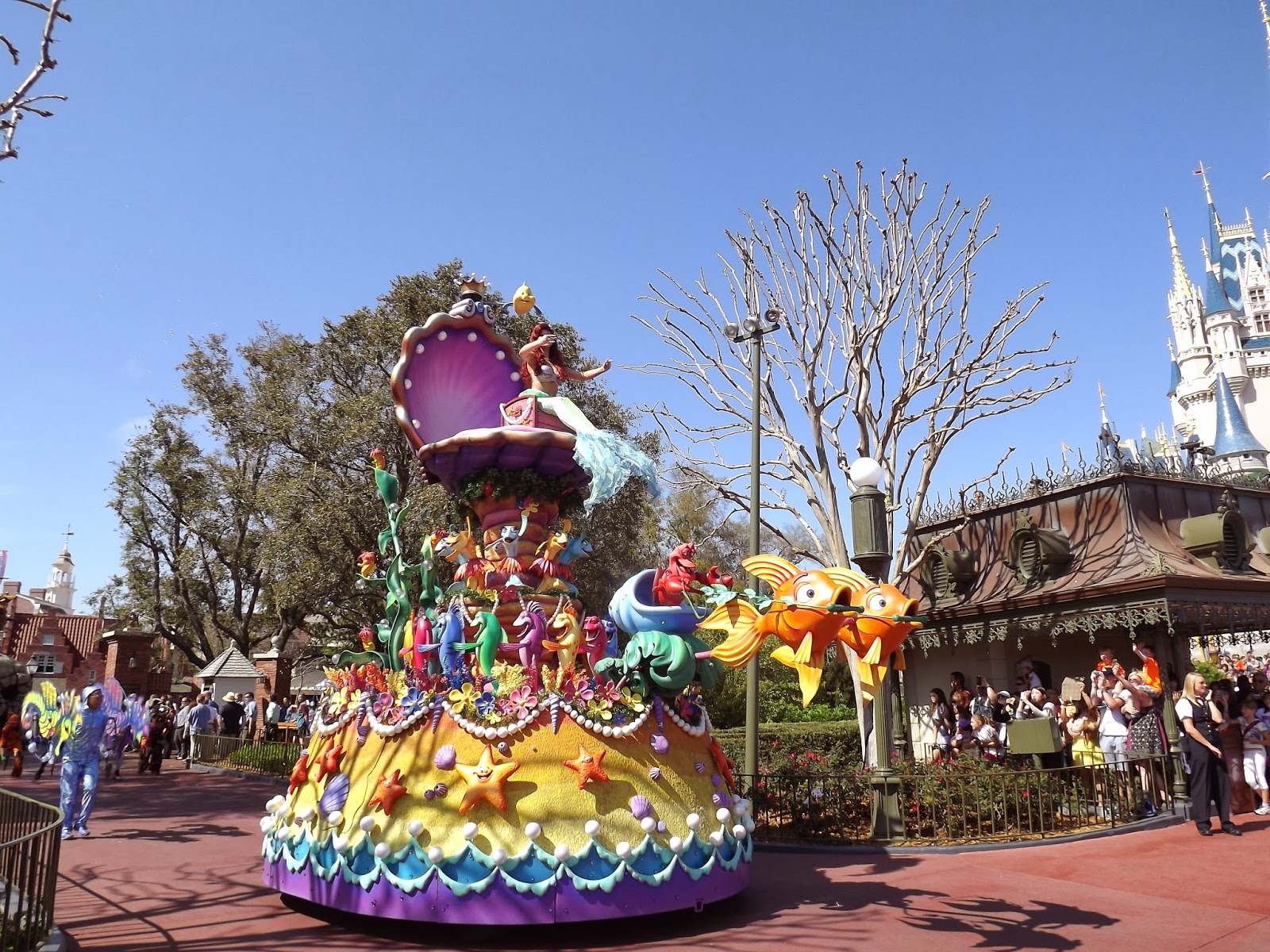 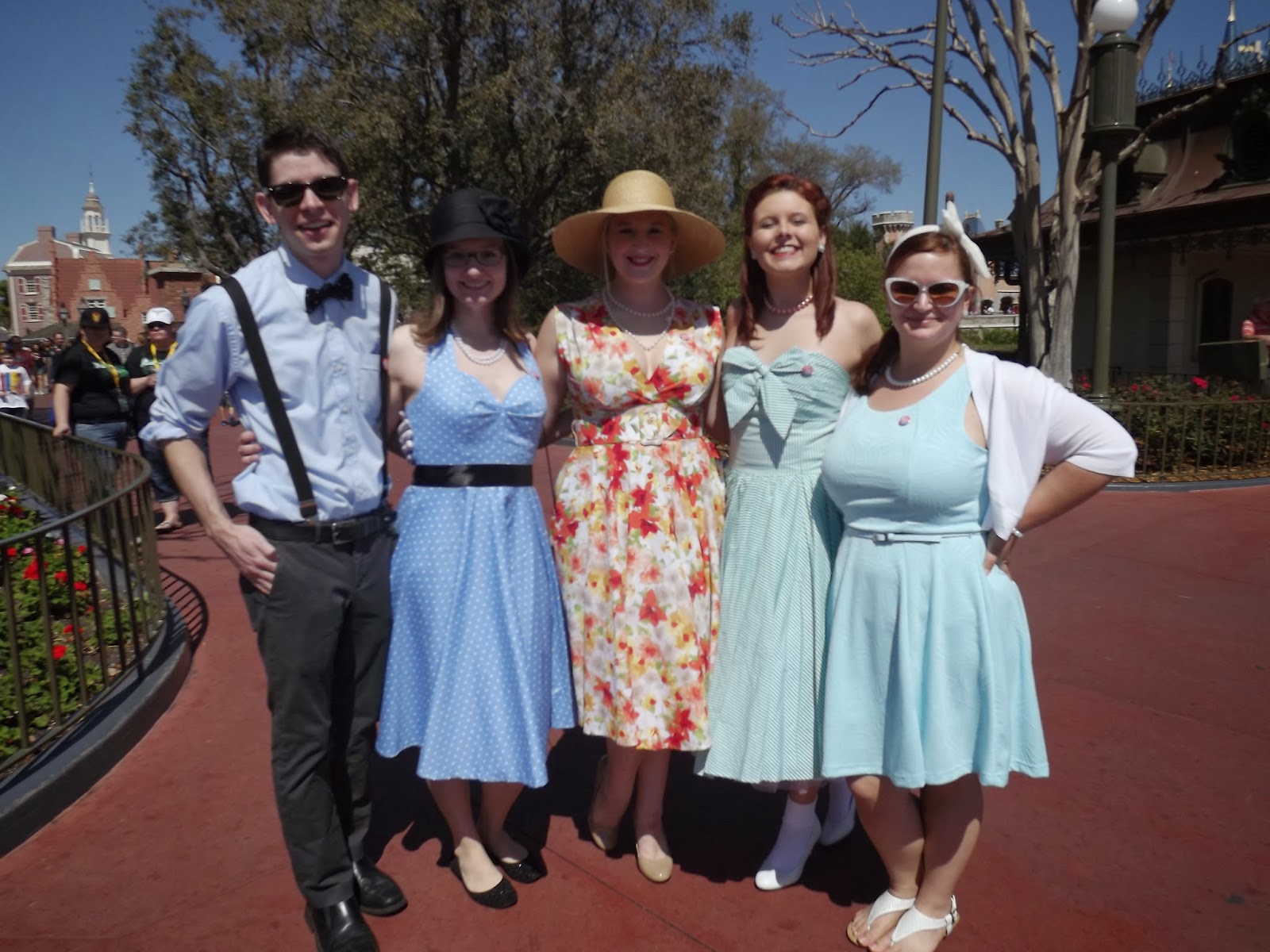 There's a new parade in town and it's absolutely breathtaking!  Sunday, March 9, 2014, felt like a magical day from the moment I got to Walt Disney World!  From the Cast Members waving at our Monorail as we passed through the Contemporary Resort to the "Sanitation Artist" adding some fun, familiar faces to the street with water as we entered the Magic Kingdom.  Plus, I truly had to smile at seeing all the "Dapper" costumes as guests were celebrating "Dapper Day" - the one day a year in the Magic Kingdom when many guests pull out their most "dapper" vintage clothing.  The special day is celebrated in other Disney locations on other days as well & you can find out more by going to www.DapperDay.com 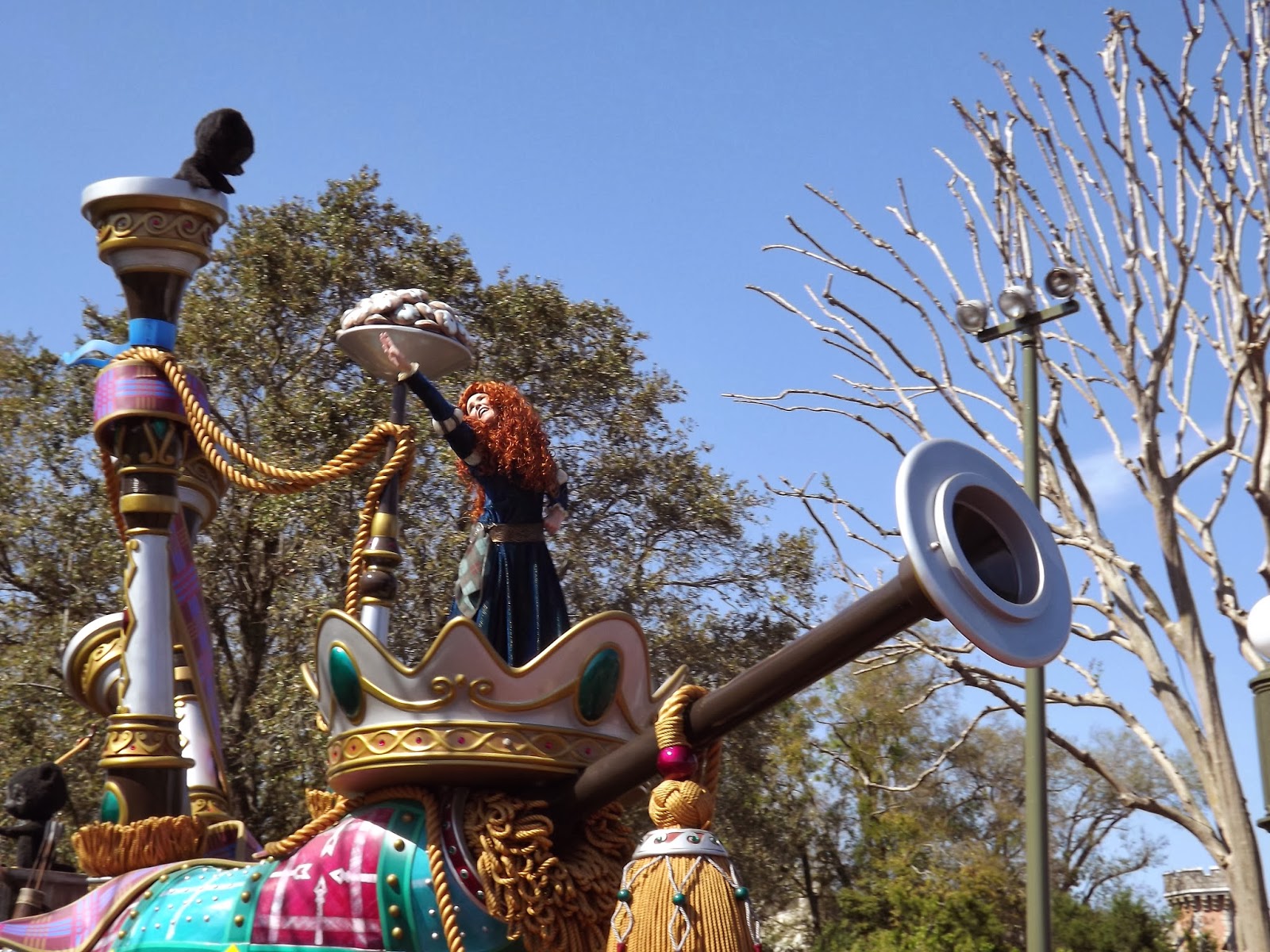 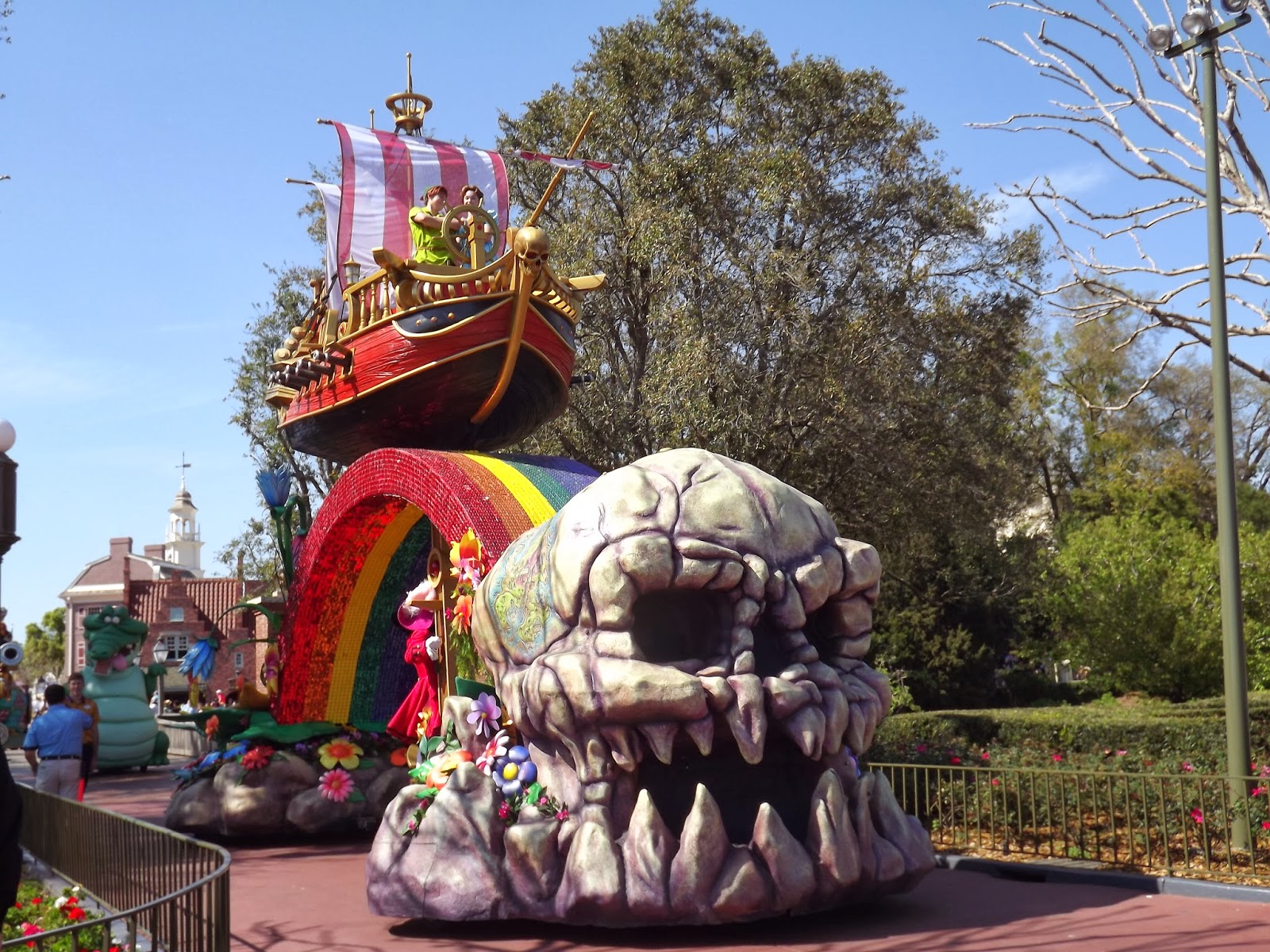 But the BIG MOMENT for me was that I was able to see the first showing of the Festival of Fantasy Parade in the Magic Kingdom.  Some people started lining up at park opening for prime spots.  Before 11:20am, the Heroes Parking Lot was Closed, due to capacity.  So, around 11:30am I got in my spot and am thankful that I did because the area already starting to get prime locations filled.  The Festival of Fantasy Parade does allow Fastpasses - which allows you to stand in a certain roped off area and since only a certain number of people are allowed to get Fastpasses for your area, you actually don't have to line up so early for a good spot.

I actually had a Fastpass for the parade, but I was a bit confused about the direction, as it had the parade time at 3pm, but when I clicked in for a Fastpass it showed that my Fastpass time was at 4pm at the Plaza Garden.  I felt like I had a better spot, so I didn't even try it.  I heard a few people say they made a Fastpass for the parade right away when they released the opening day, but their plan disappeared.  Fastpass + is still in it's testing phase and is a very technologically advanced feature.  I believe this is why they are still slow at releasing to all Passholders and Cast Members - because those are the people who will use it the most and they still have a few quirks to work 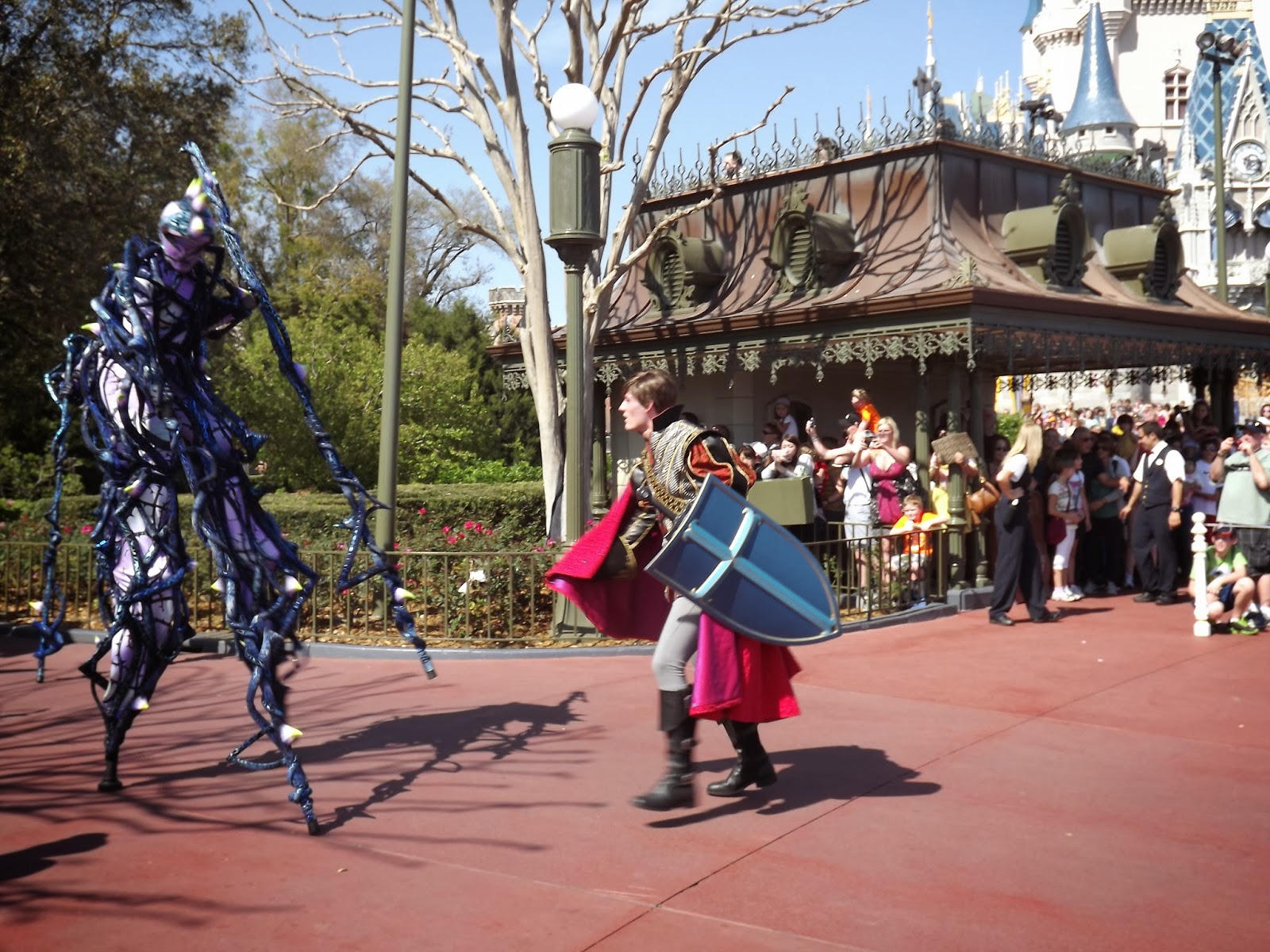 through...but I was thrilled with my spot for the parade by arriving early.  This parade is the most amazing parade I have ever seen in my life!  I still can't get over the amazing costume designs, choreography and Fire-Breathing Dragon!  Wow!  You'll see Princesses through the years from the first:  Snow White through the latest:  Anna & Elsa from Frozen.   I look forward to seeing this parade many more times and I am sure that I will be thrilled and excited for the enchantment that this parade adds to the Magic Kingdom!  I hope you will enjoy it as well! 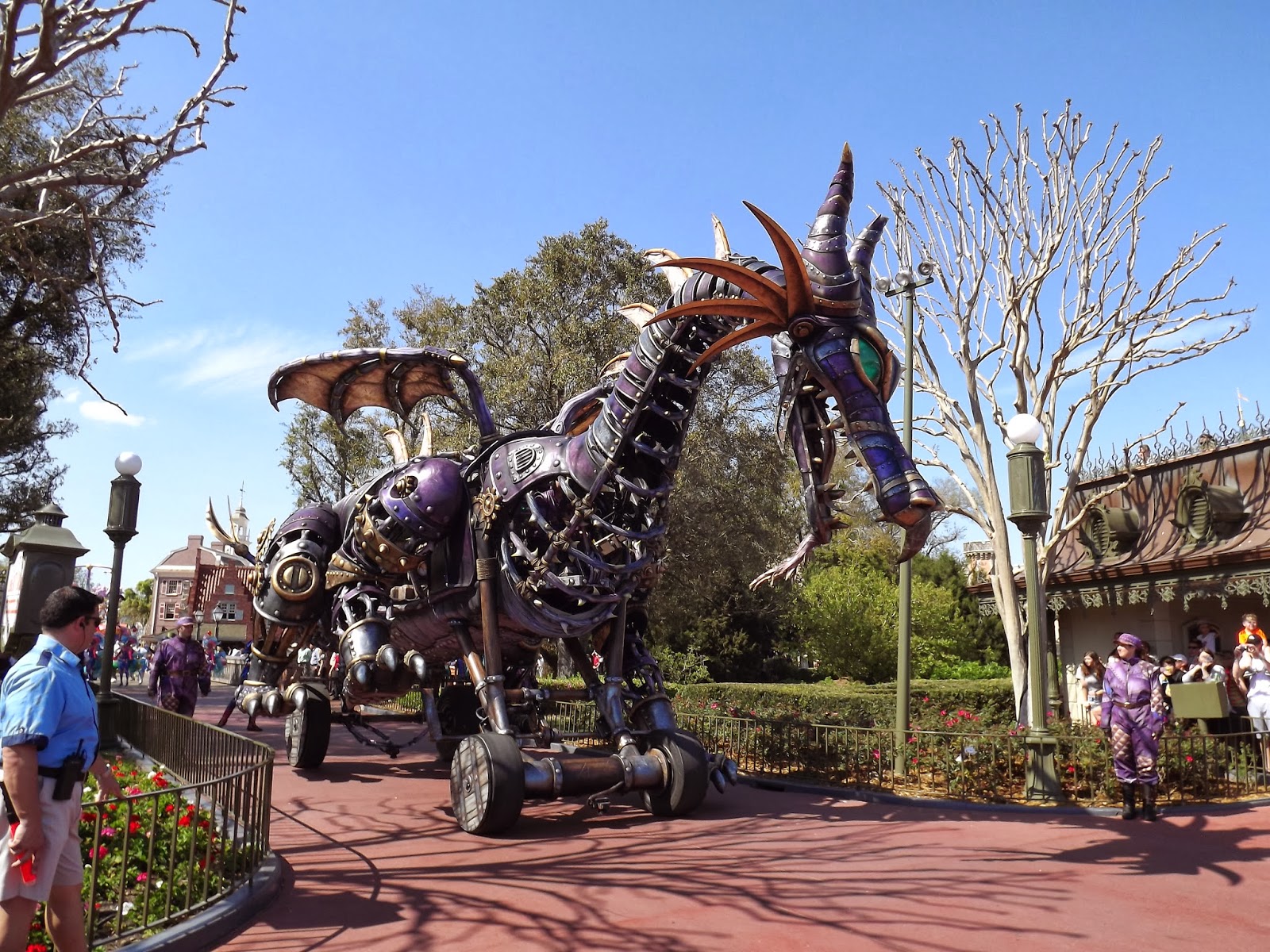 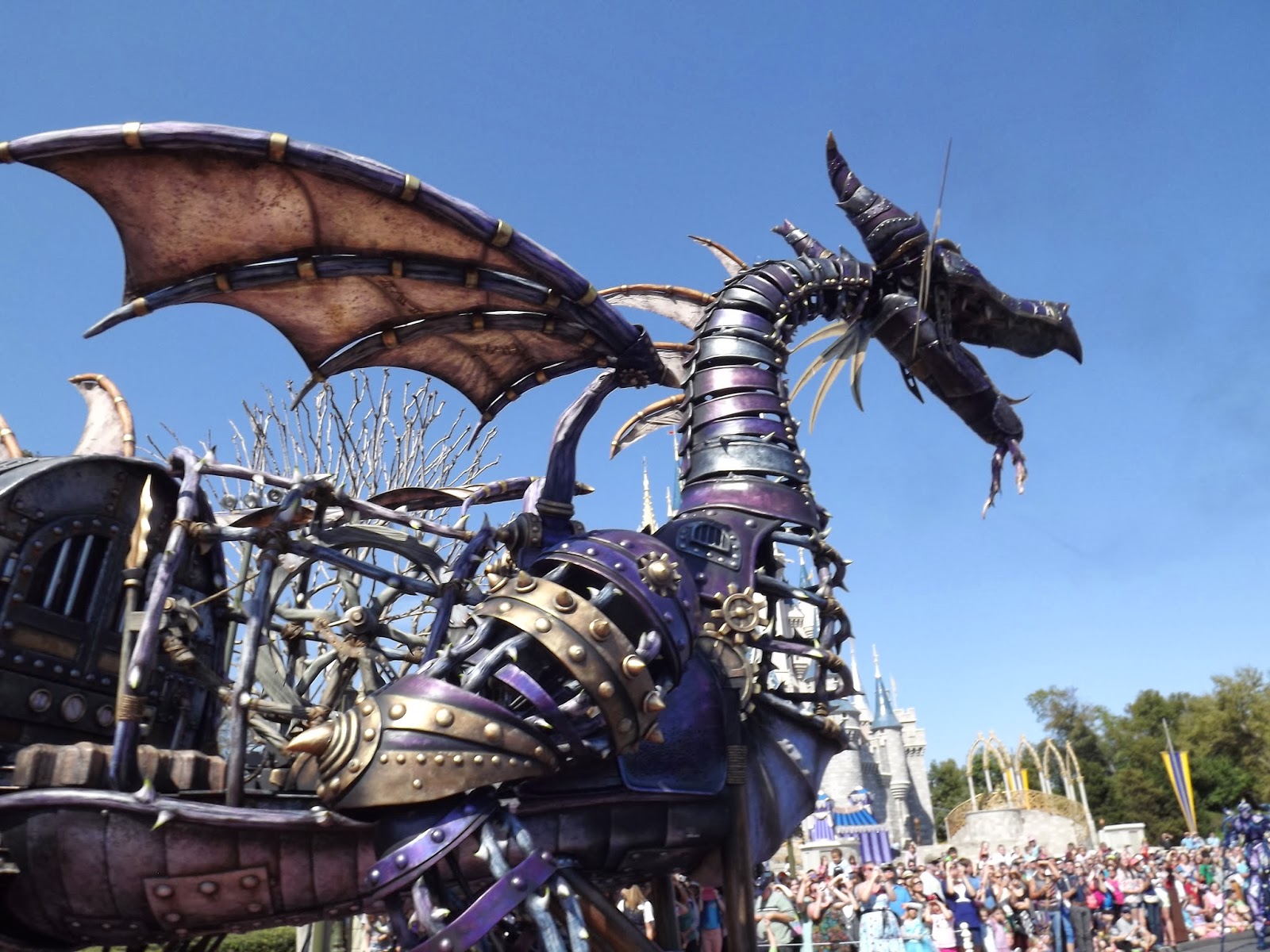 Posted by Beatrice Denis at 6:36 PM