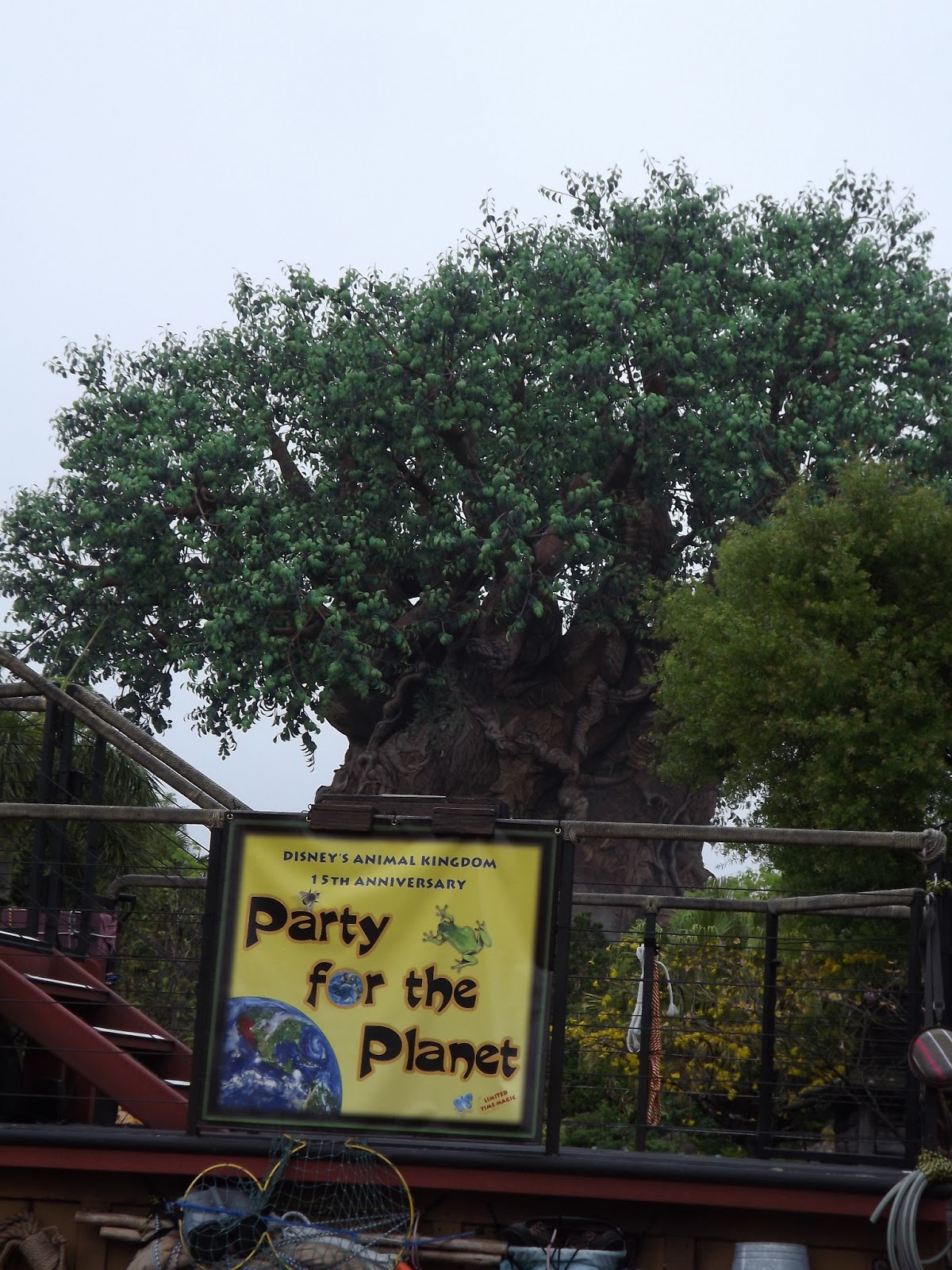 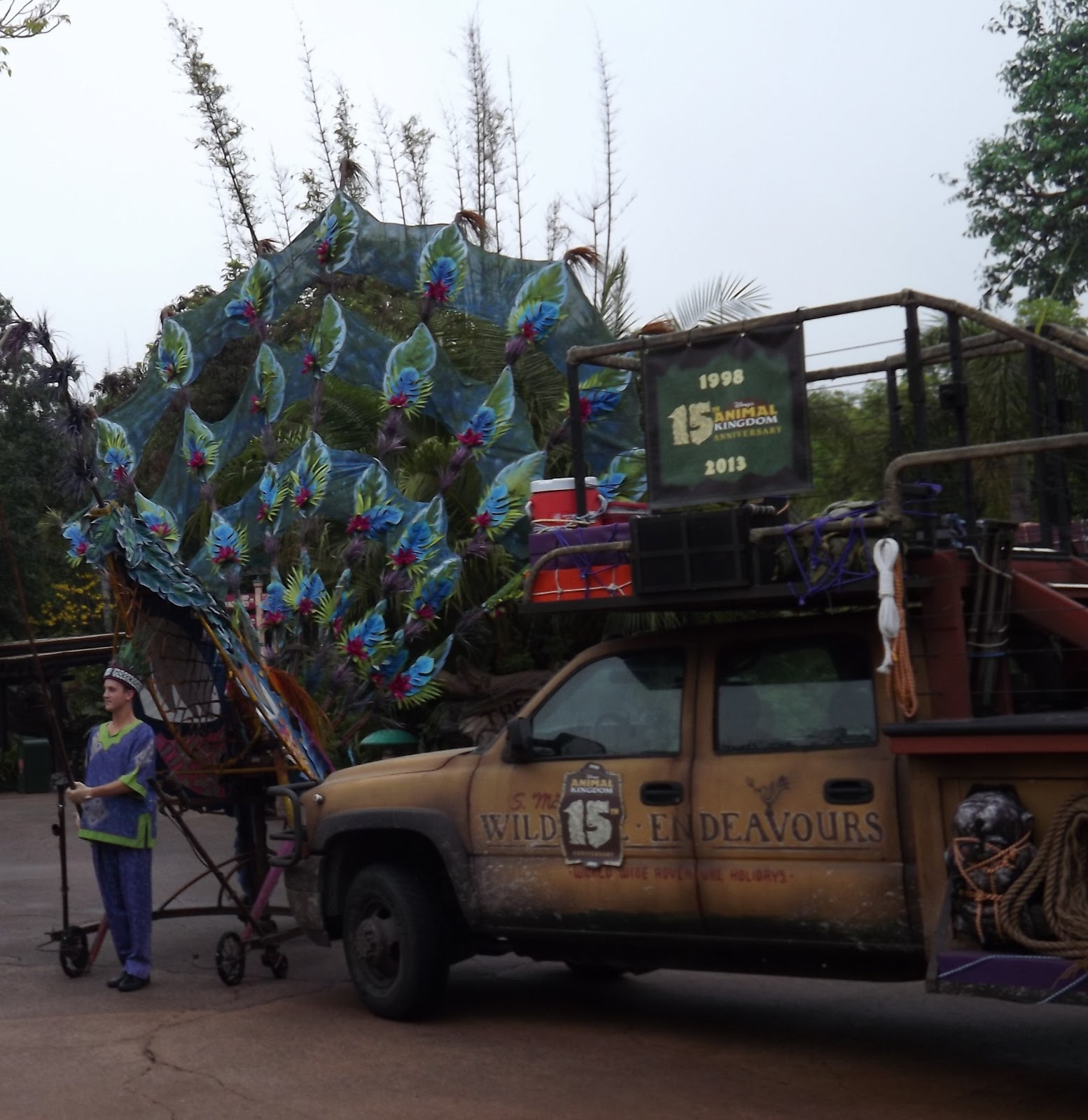 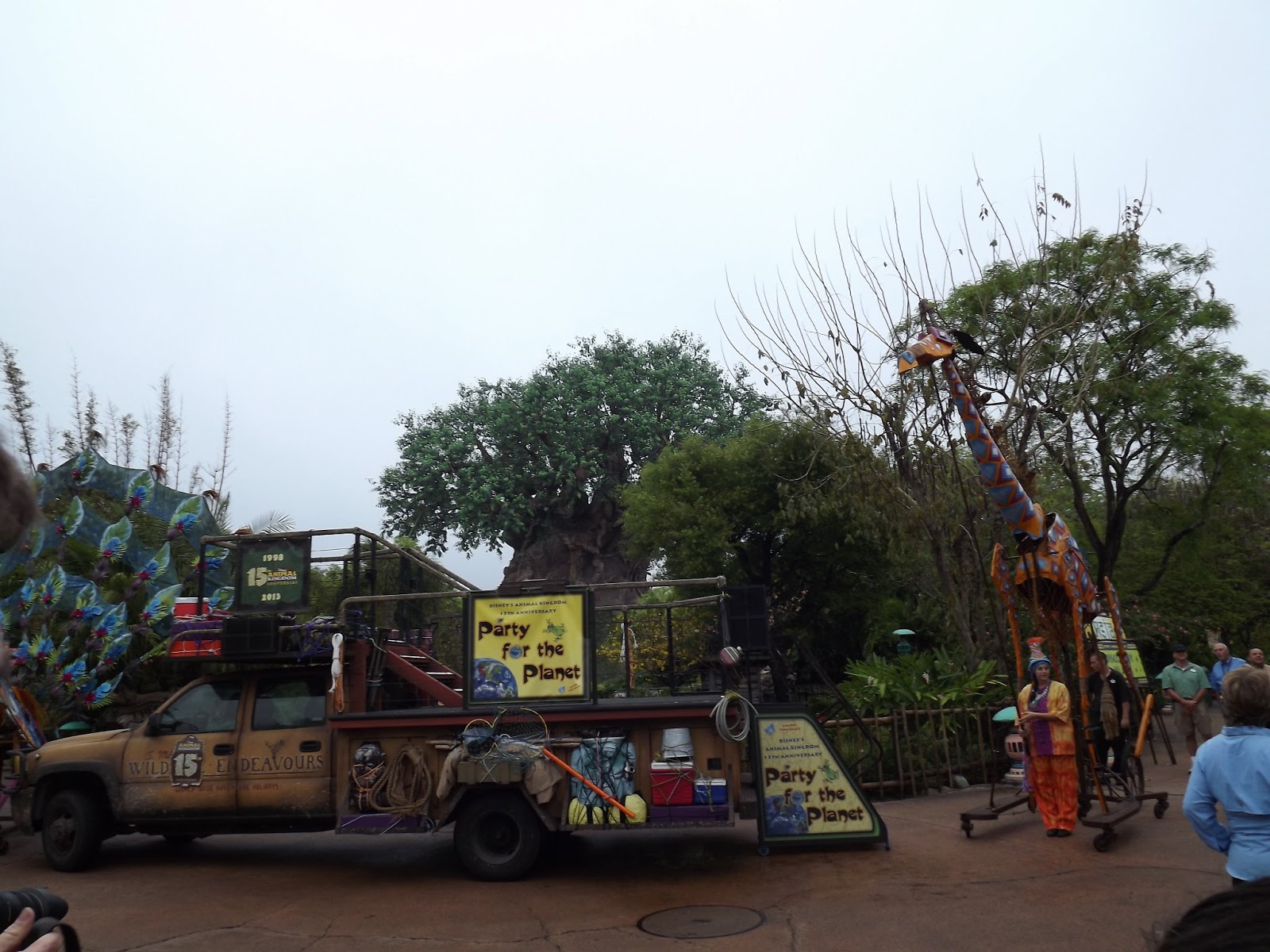 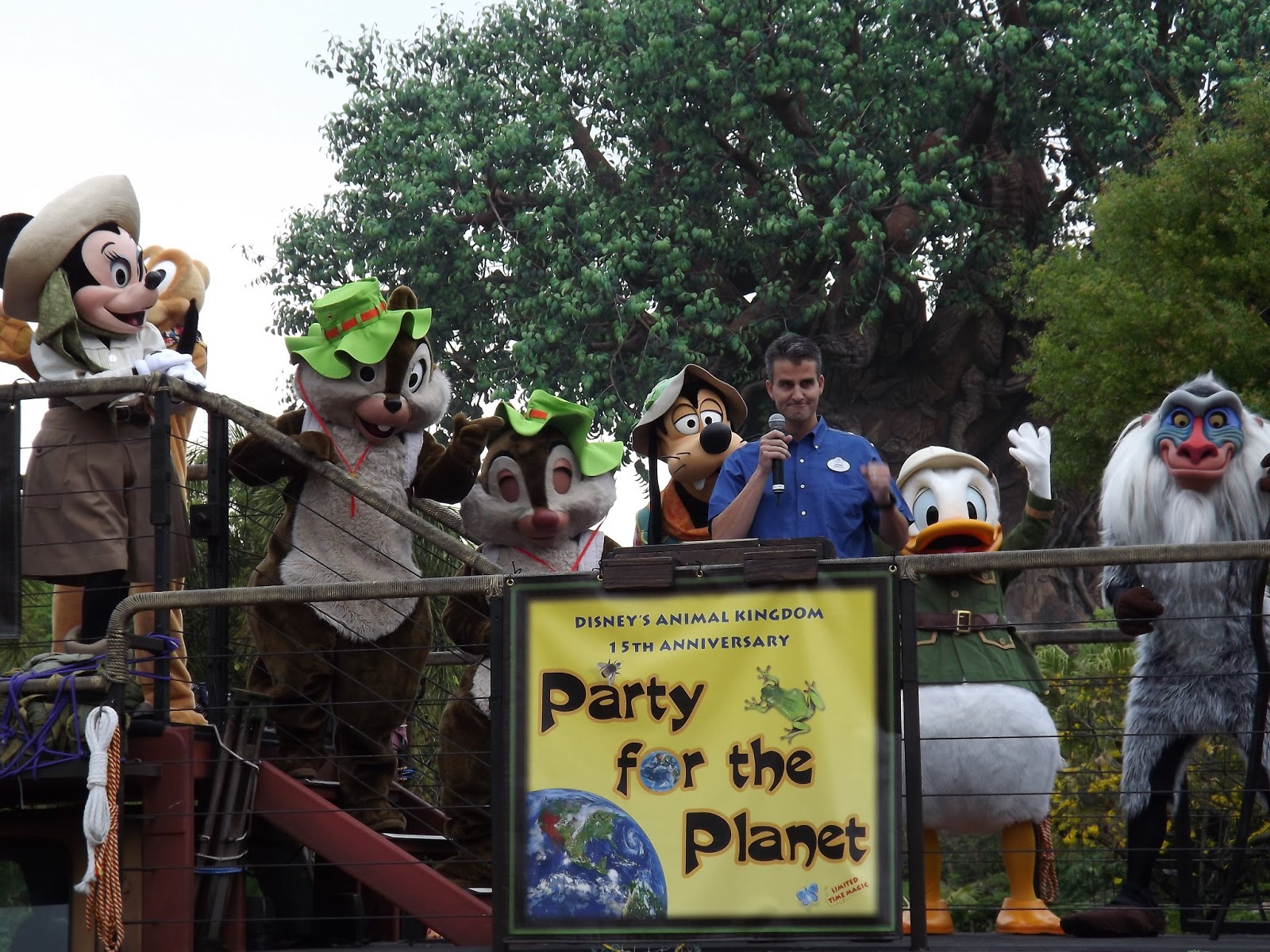 We were allowed into the park up to a line of green vine.  I was fortunate enough to be in the second row to get a great viewpoint of the festivities.  The safari vehicle was already set up, along with a giraffe & peacock that we usually see in the afternoon parade.
The ceremony started out with representatives from each of the different parts of the park.

Then the characters came out & boarded the safari vehicle.  Soon after, we were introduced by the Vice President of Animal Kingdom, Josh D'Amaro, who spoke to us in hopes of bringing a new refreshed connection to wildlife. 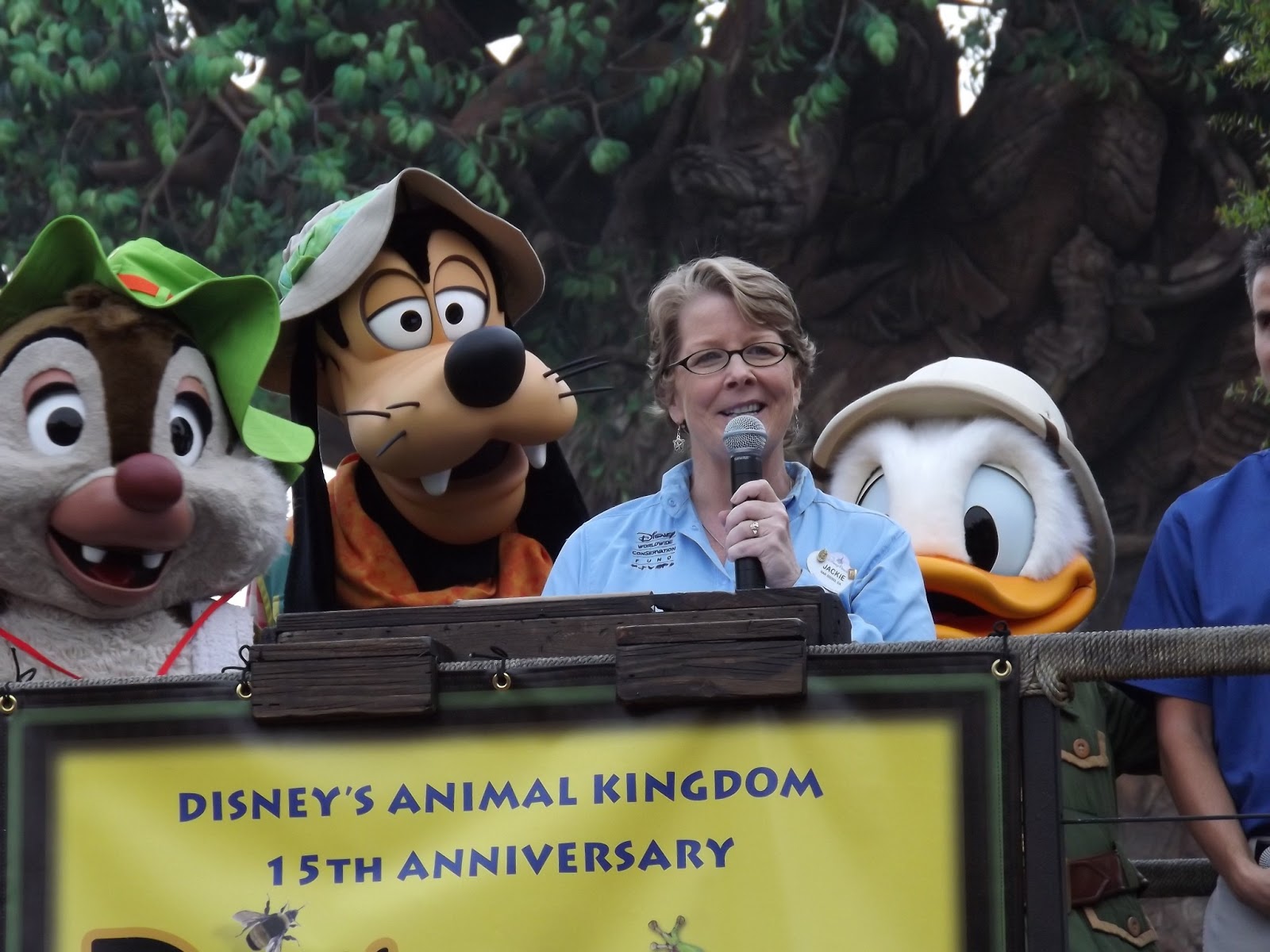 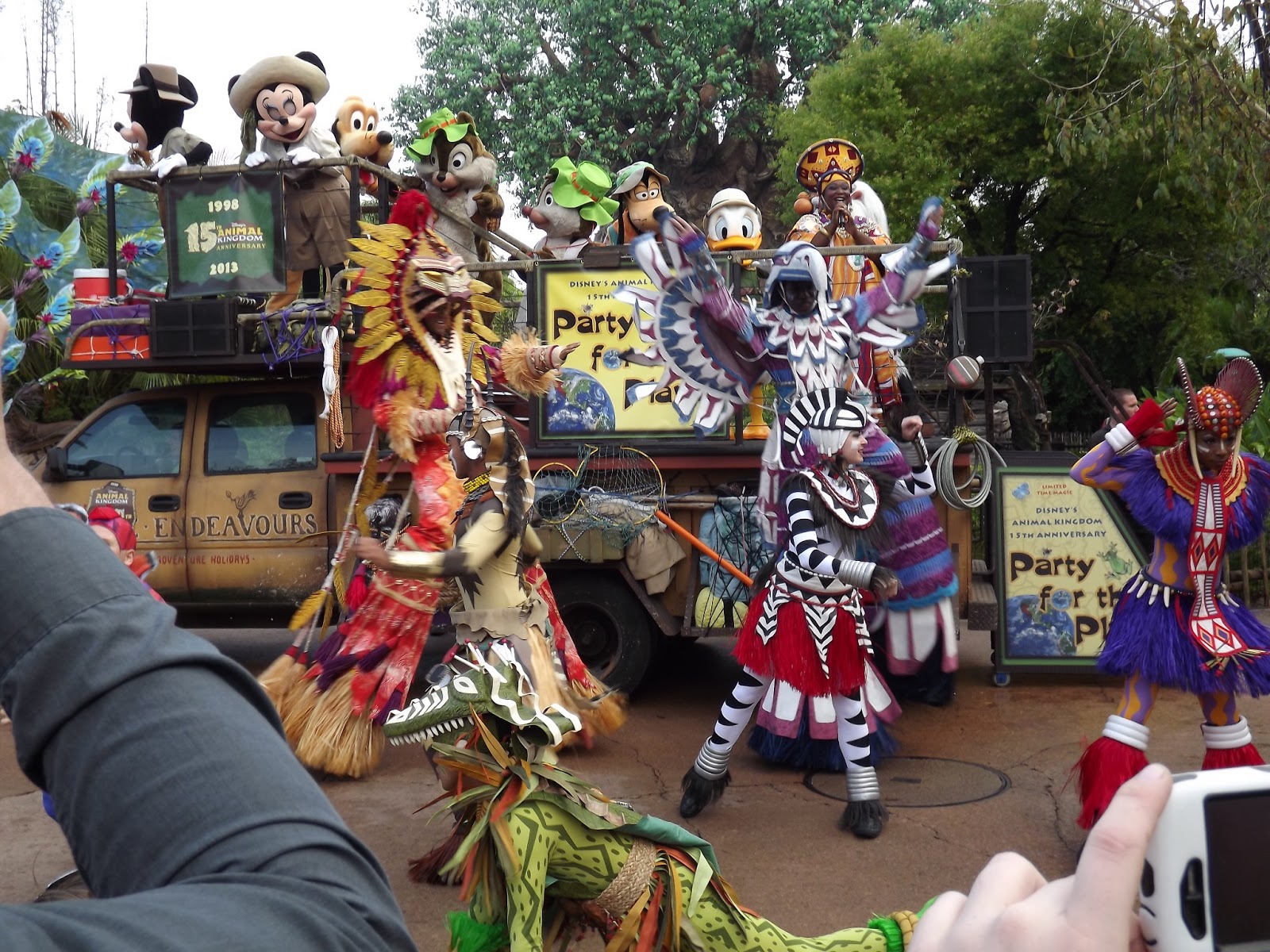 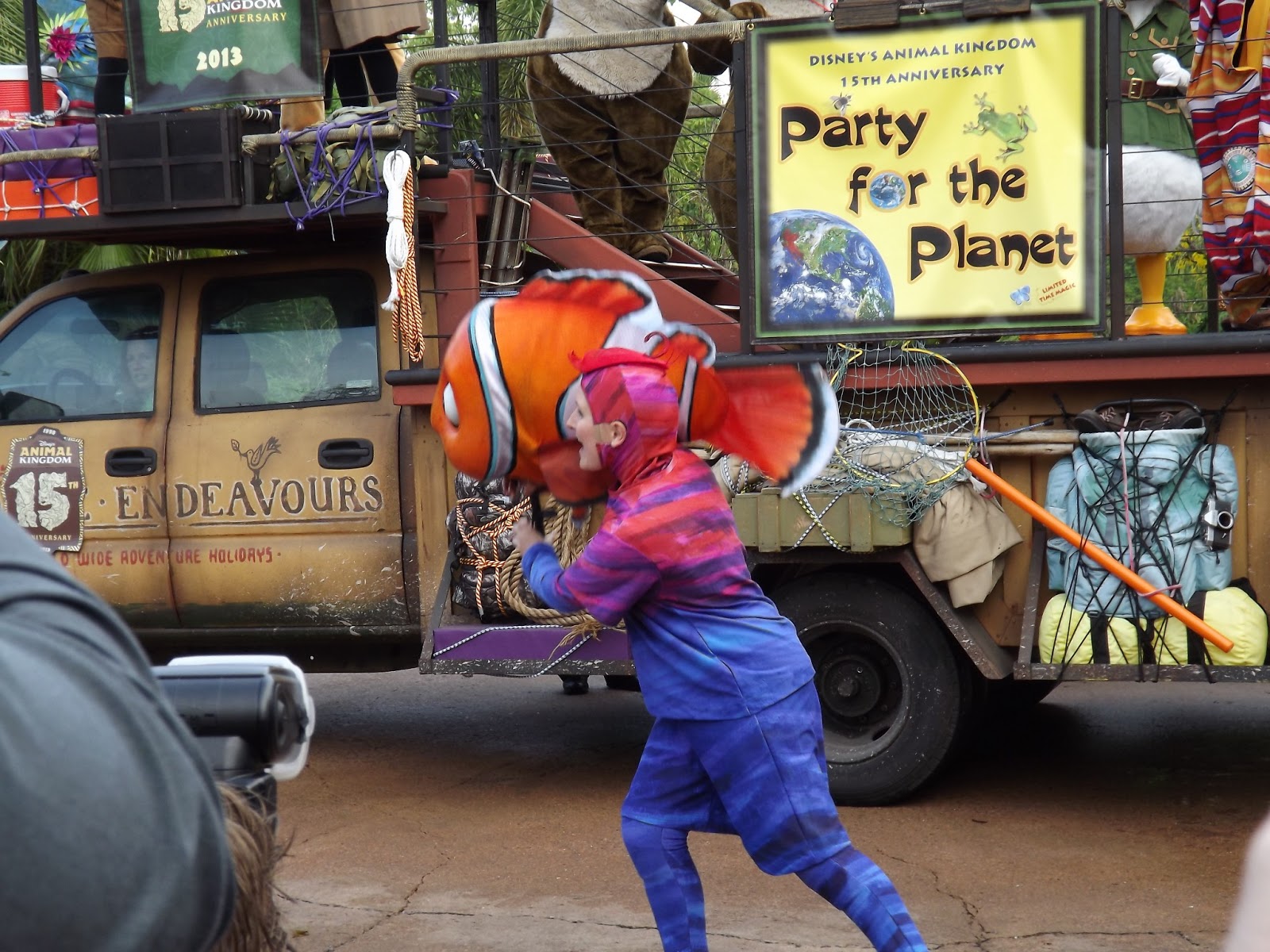 He introduced us to Dr. Jackie Odgen, who was part of the Animal Kingdom Opening Team.  She shared a letter from a child who wanted to help the animals and made a contribution to the Worldwide Conservation Fund.  It makes you think if a child can do something like that, what could we do as adults to help animals and conservation throughout the world. 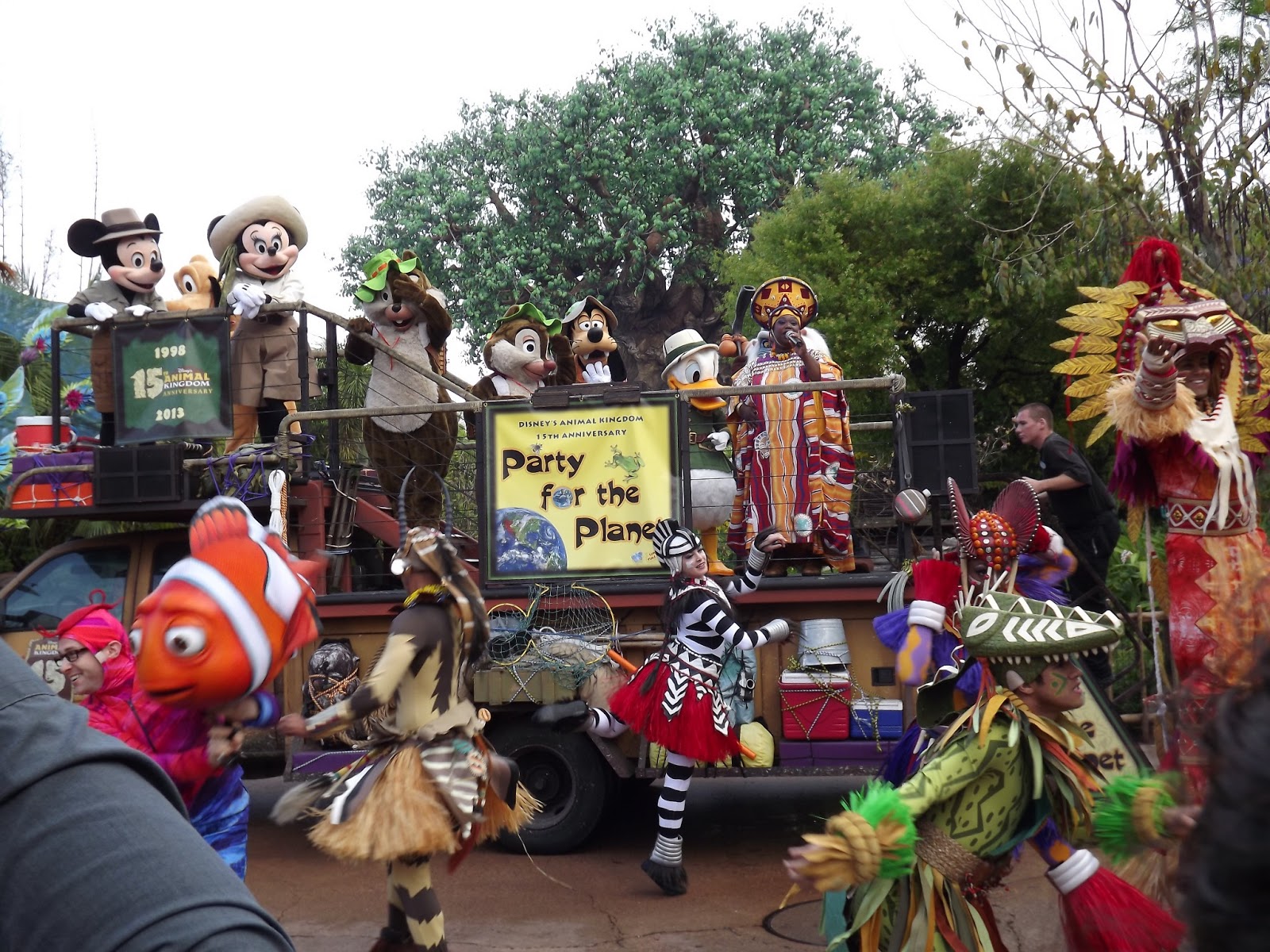 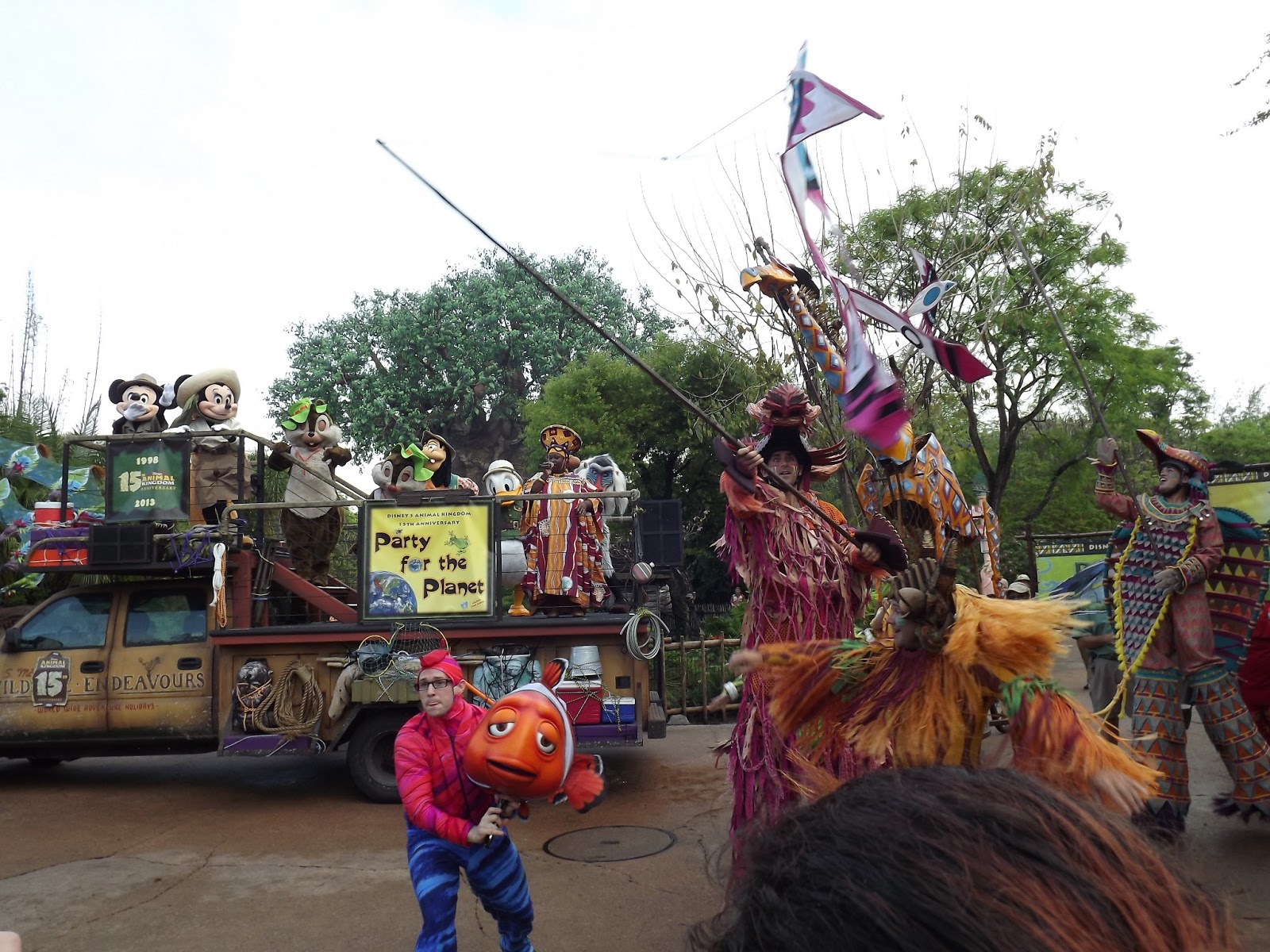 The celebration was joined by performers from Nemo The Musical and Festival of the Lion King with wonderful song and dance.  I was thrilled to have a front row performance of the wonderful circle of life that takes place in the Animal Kingdom daily.  These shows are some of my favorite performances and I believe they're about as close to a Broadway performance as you can get.  This was truly a special treat for me!  This was one of those "pinch me" days as I felt like I was part of a very special moment. 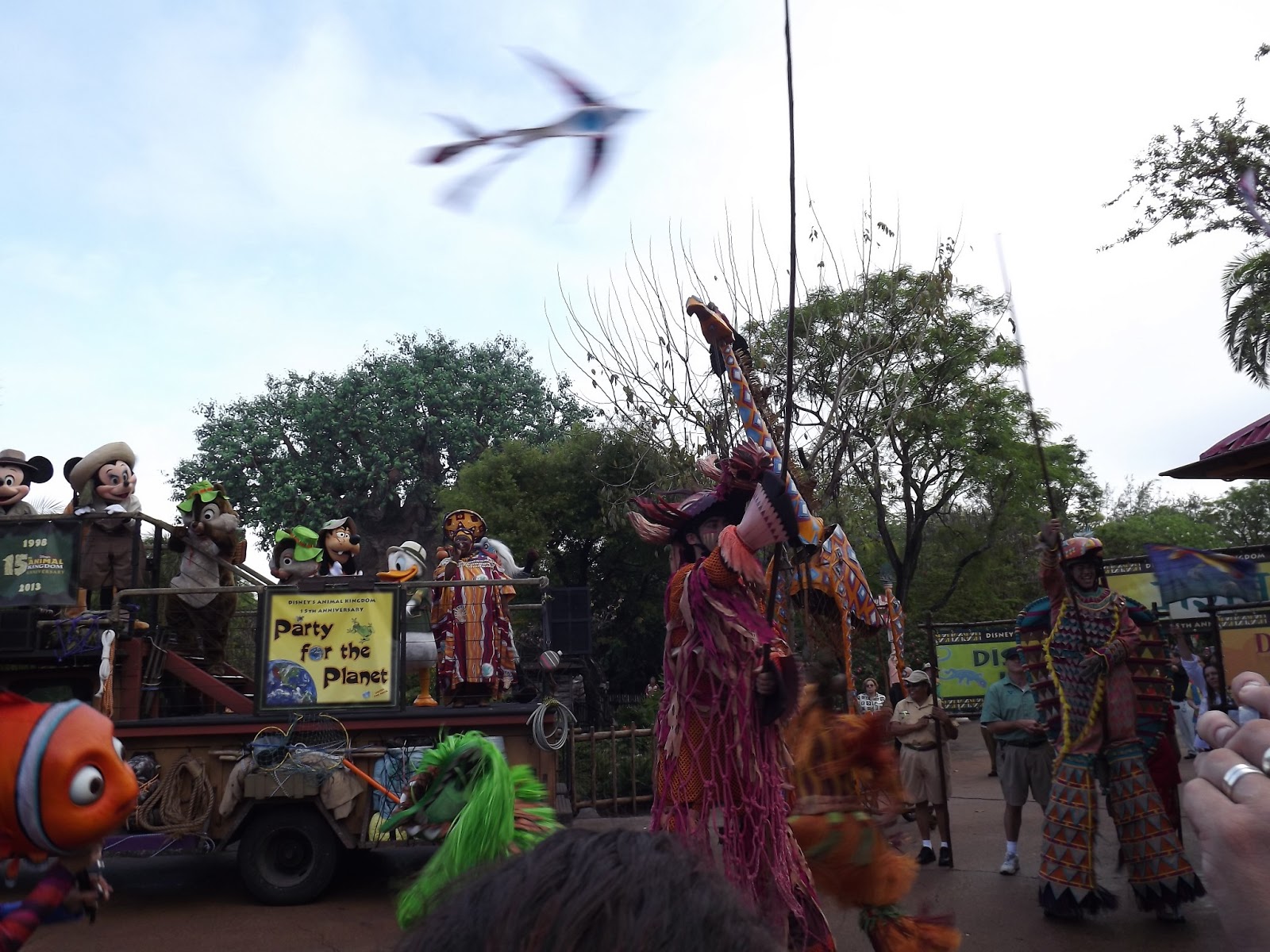 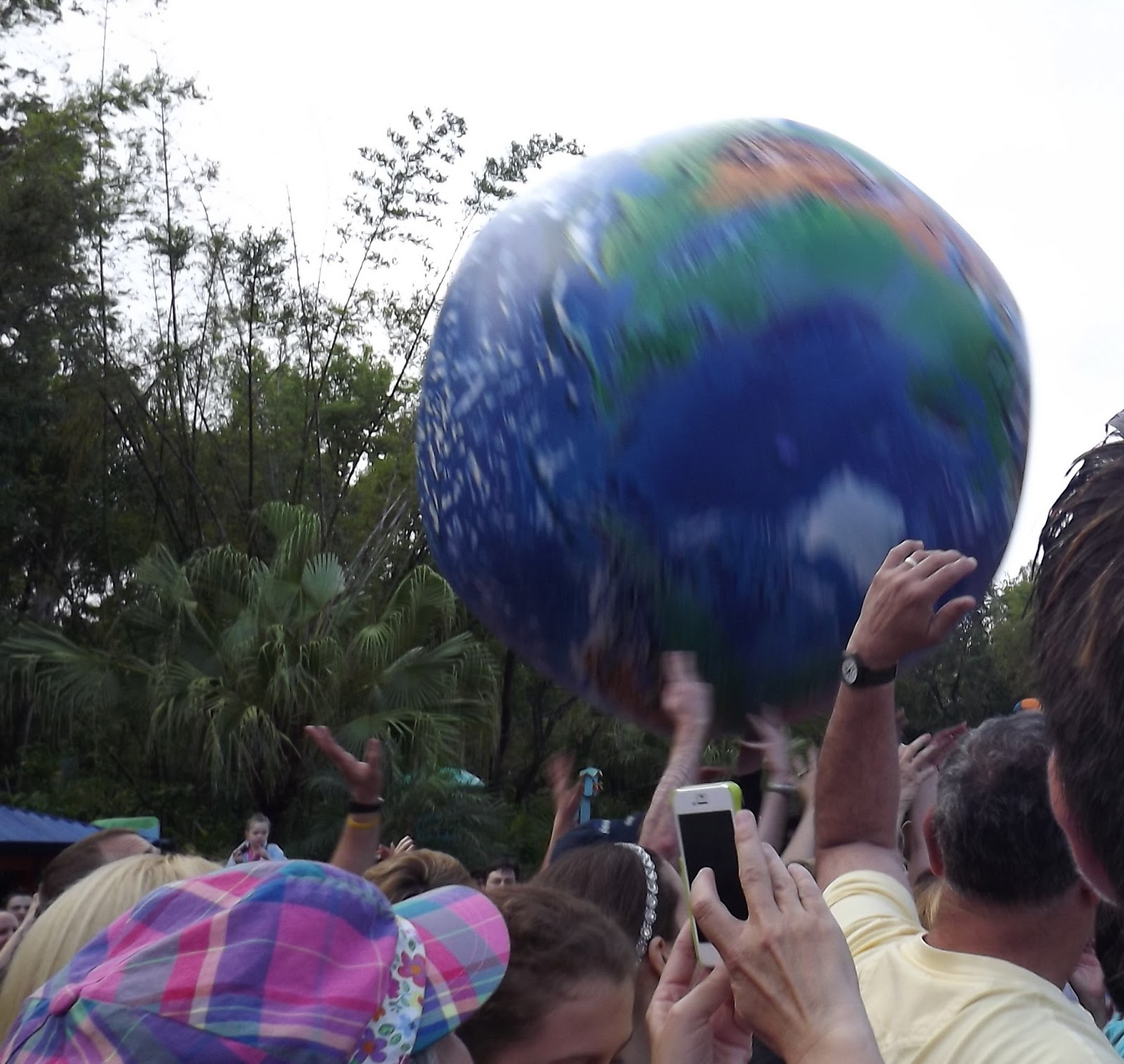 At the end of the Ceremony, a giant Earth was brought out and bounced around like a beach ball through the audience. 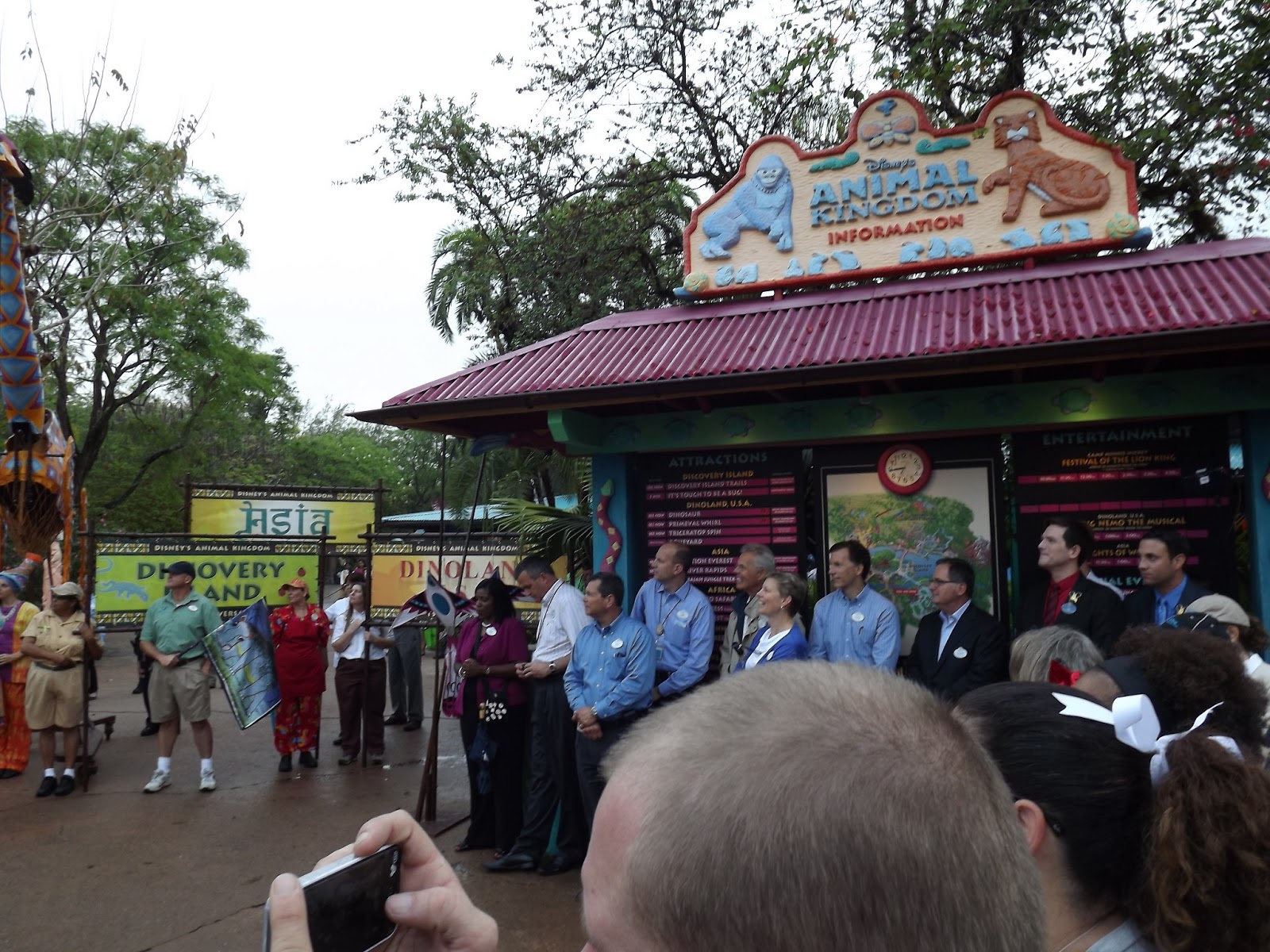 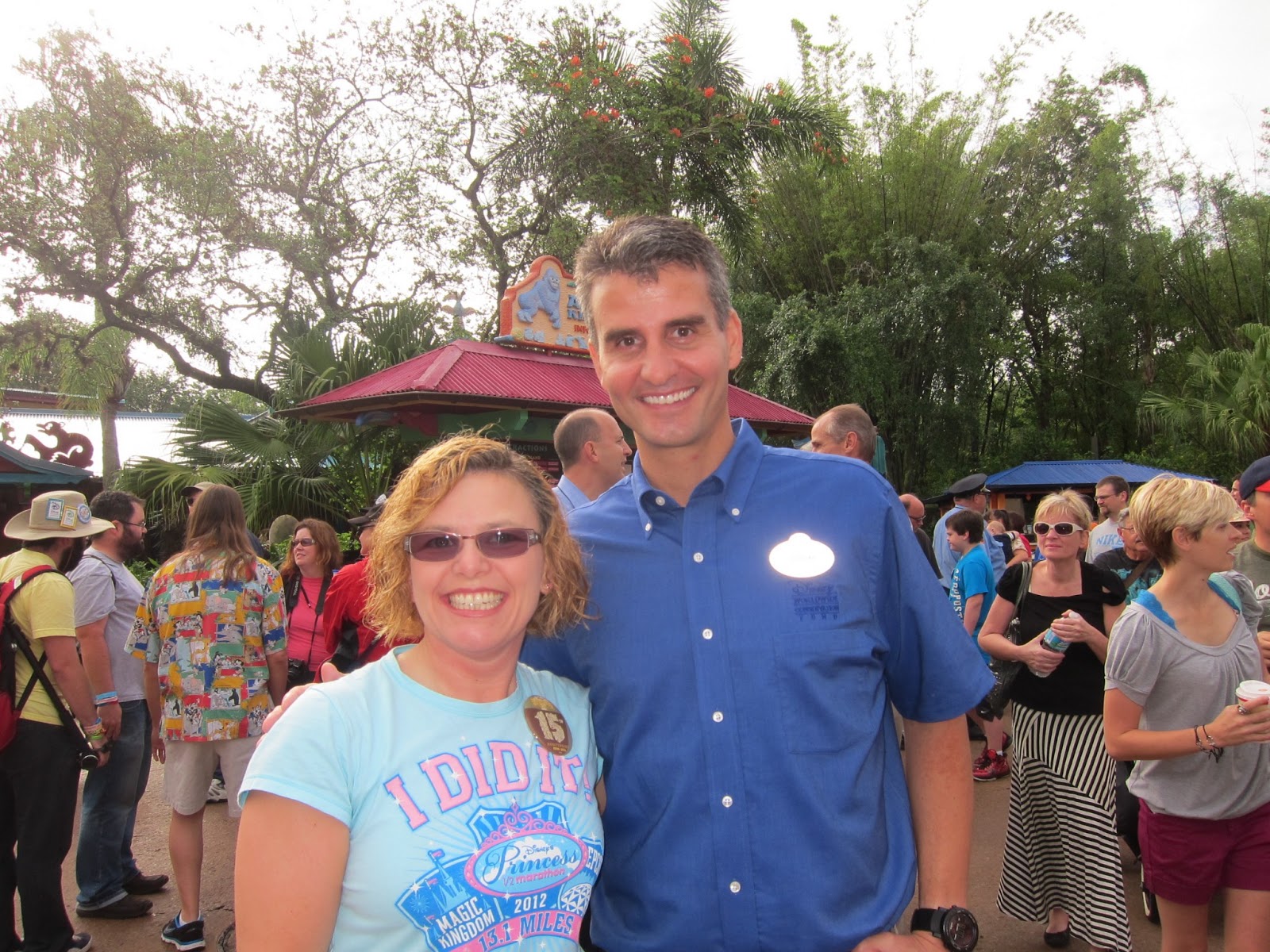 The great part about this event was that the VP's were so accessible to guests as we were allowed to THANK THEM for the magic that they create and even take pictures with them. 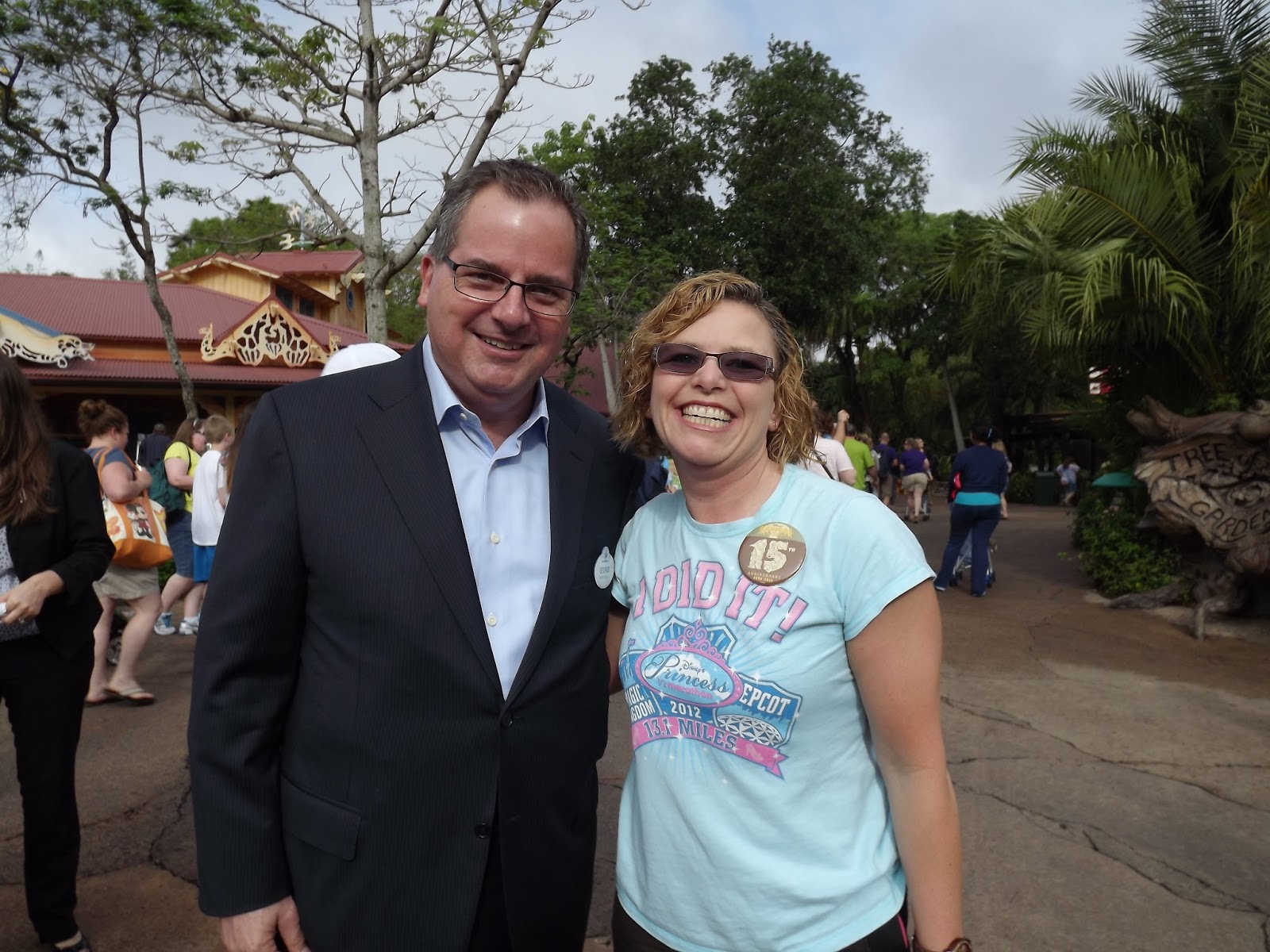 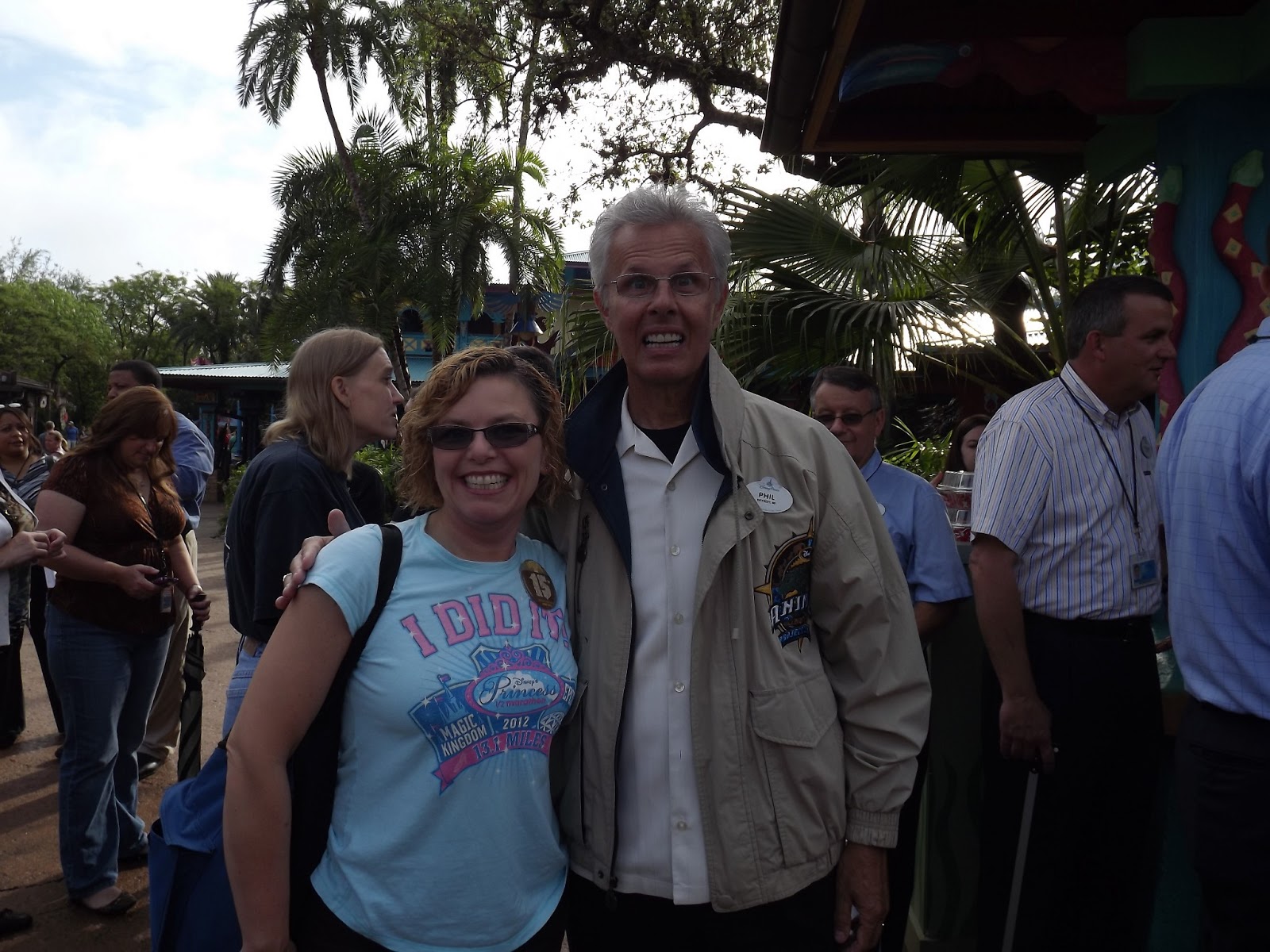 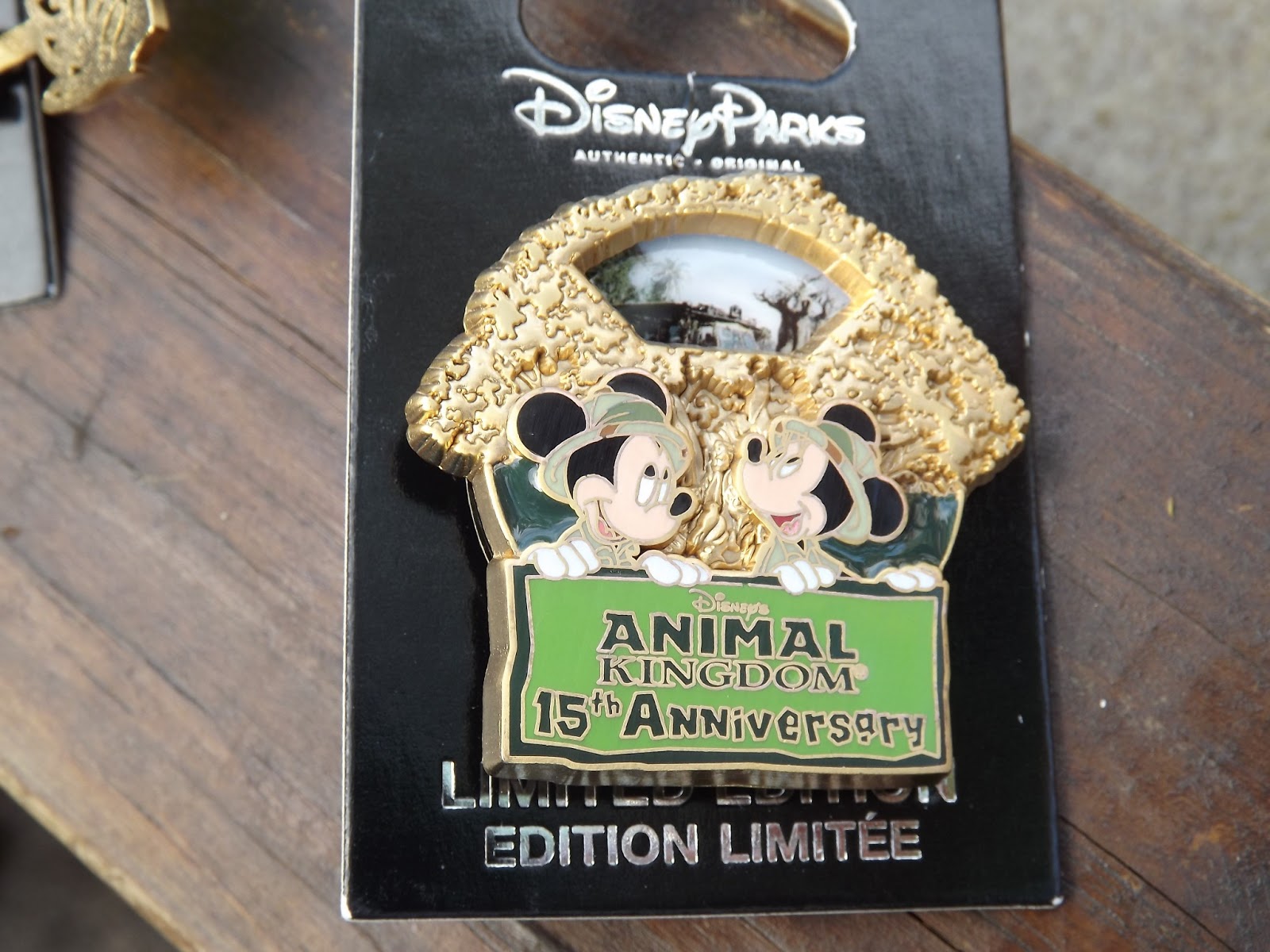 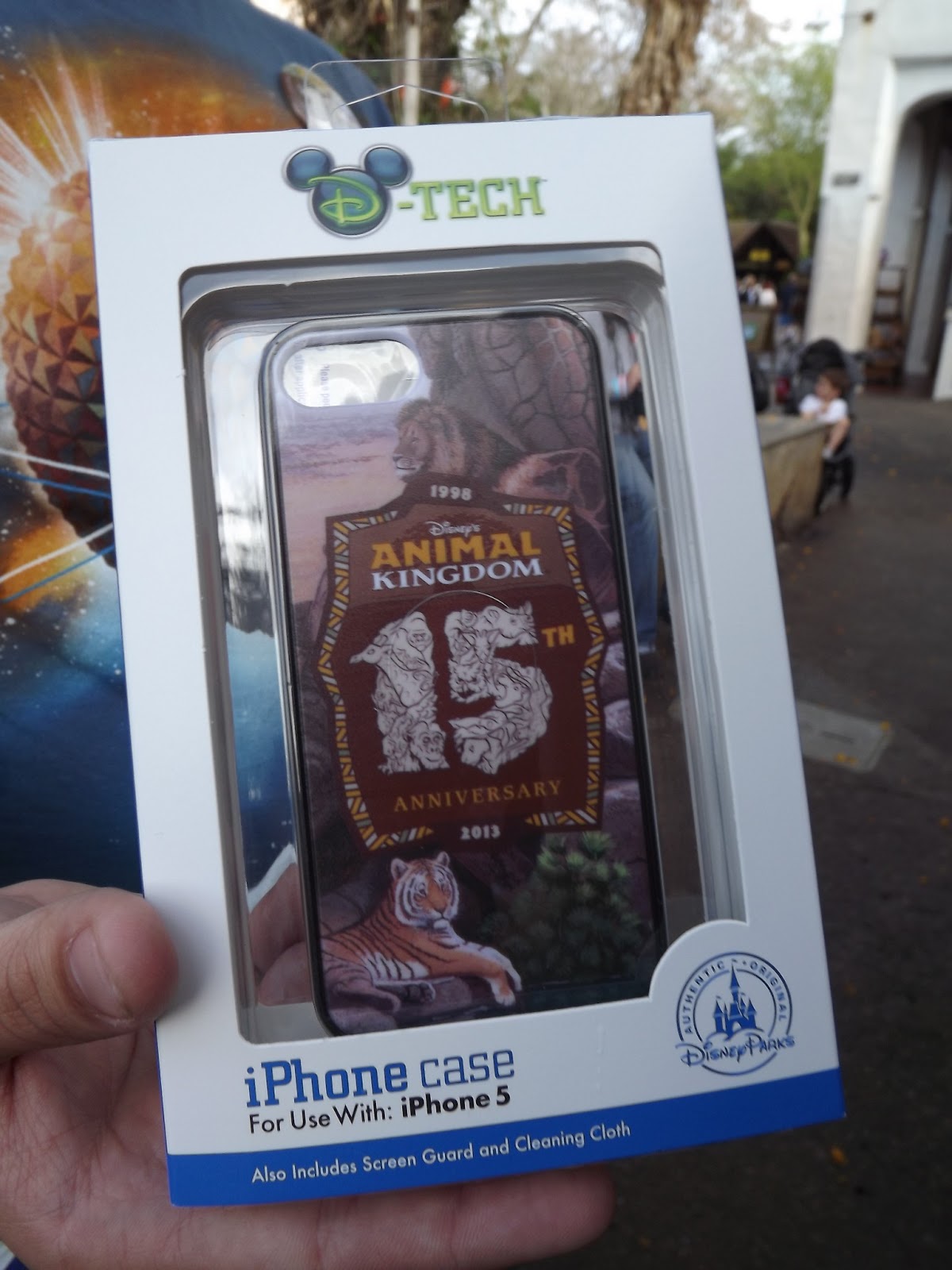 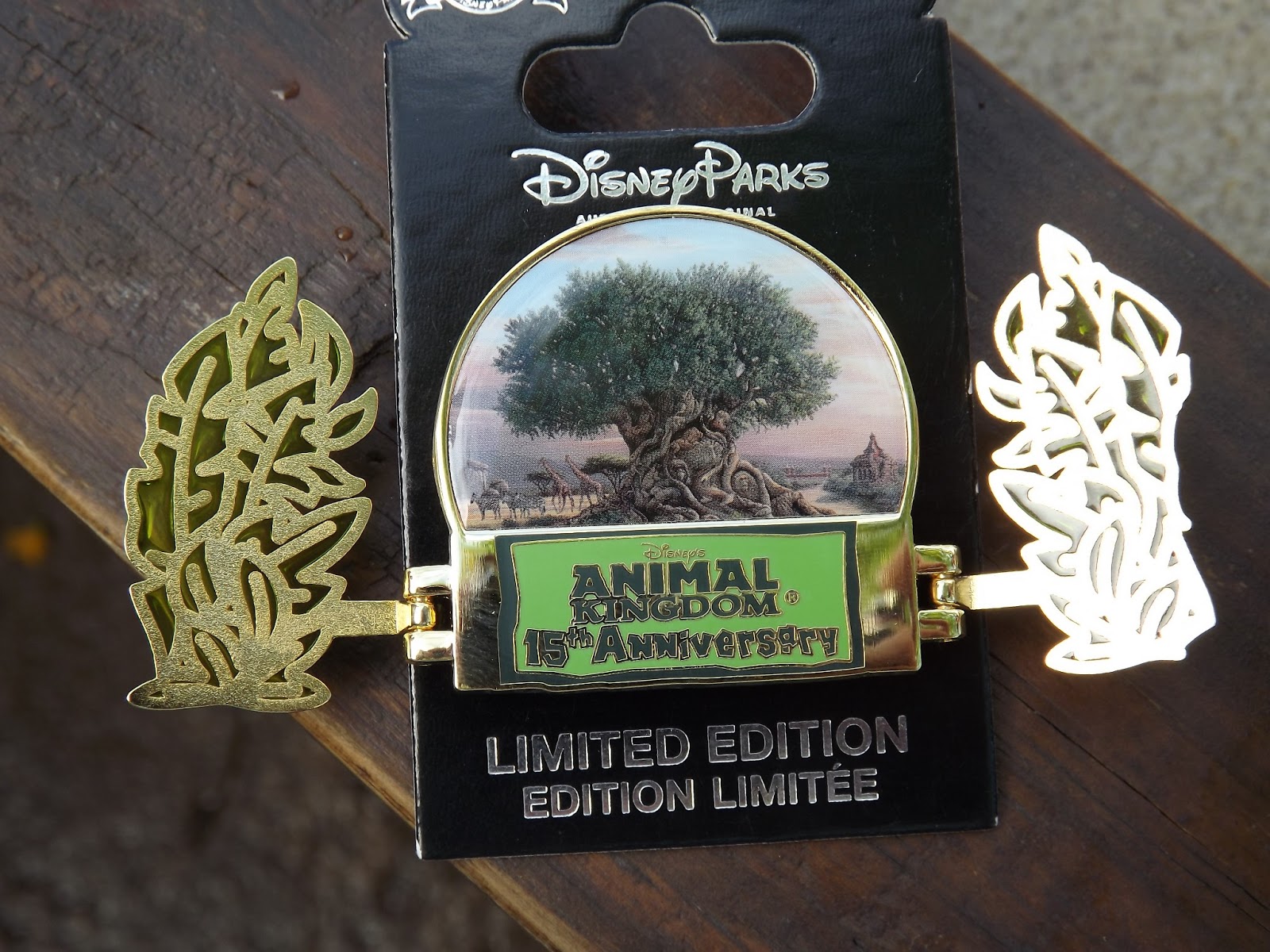 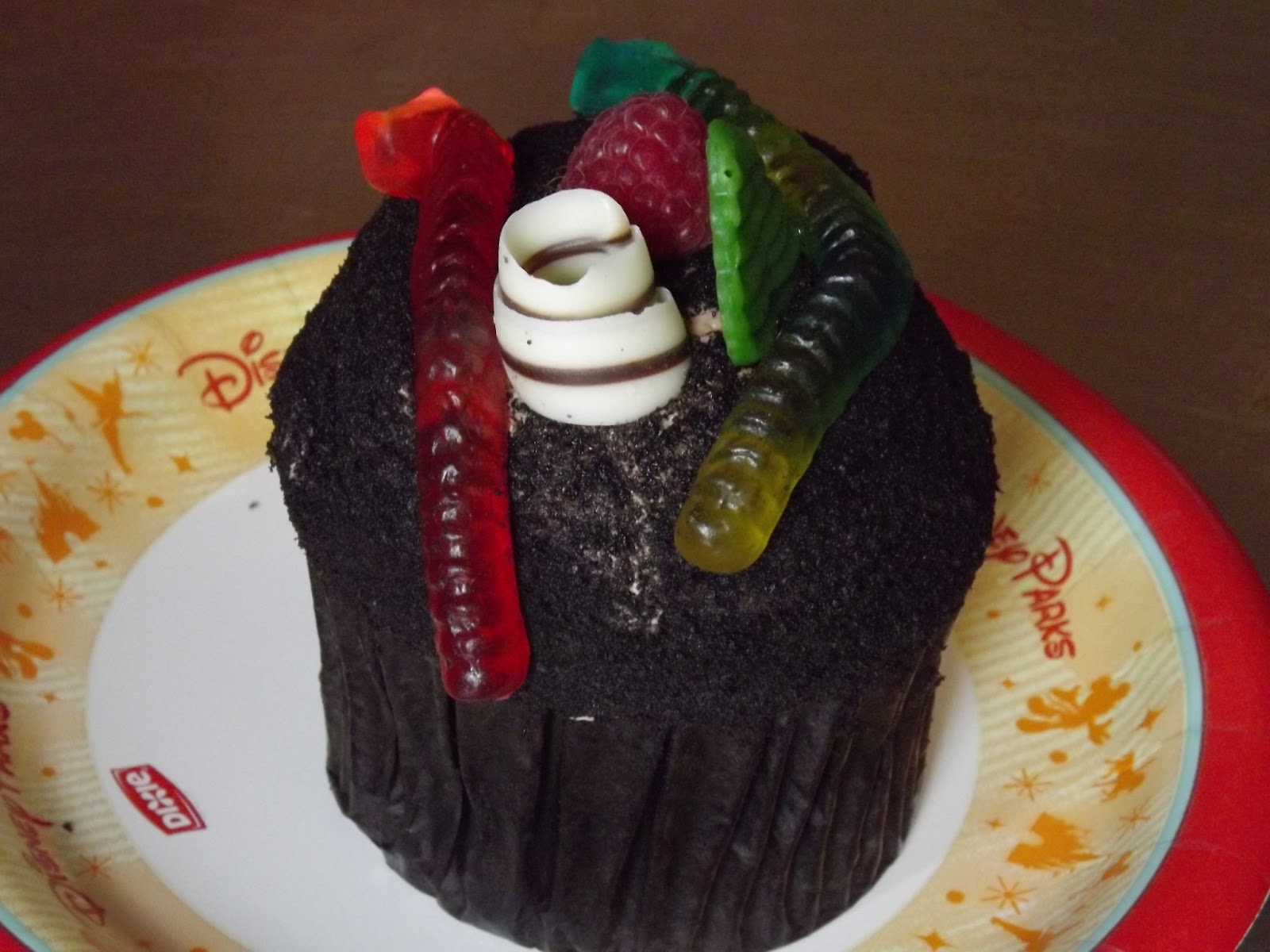 After the Opening Ceremony, there was very special merchandise available and if you wanted it, you had to get in a very LONG line!  But for the limited edition merchandise, it was worth the wait!  Shirts, cell phone covers, pins, vinylnation - some items were extremely limited in number & very expensive...all the way down to the affordable.  There was also a special anniversary cupcake.  I was very lucky, as the one pictured was the LAST one & would take 2 hours until another batch was ready.

ALL merchandise seemed to be a big hit on this special day.  Special 15 year anniversary buttons were given out to those who came to celebrate & commemorative maps which included the way the park was on Opening Day on the inside and the way the park is now.

There were commemorative buttons for those of us who donated to the Worldwide Conservation Fund.  All funds donated to the fund are matched by the Walt Disney Company.

There were special 15th Anniversary Activities for the young or the young at heart and truly a great day to have an Earth Day Party for the Planet at Disney's Animal Kingdom Theme Park.  I am thankful to Walt Disney World, who always knows how to throw a great party!  See ya real soon!

Posted by Beatrice Denis at 7:50 PM