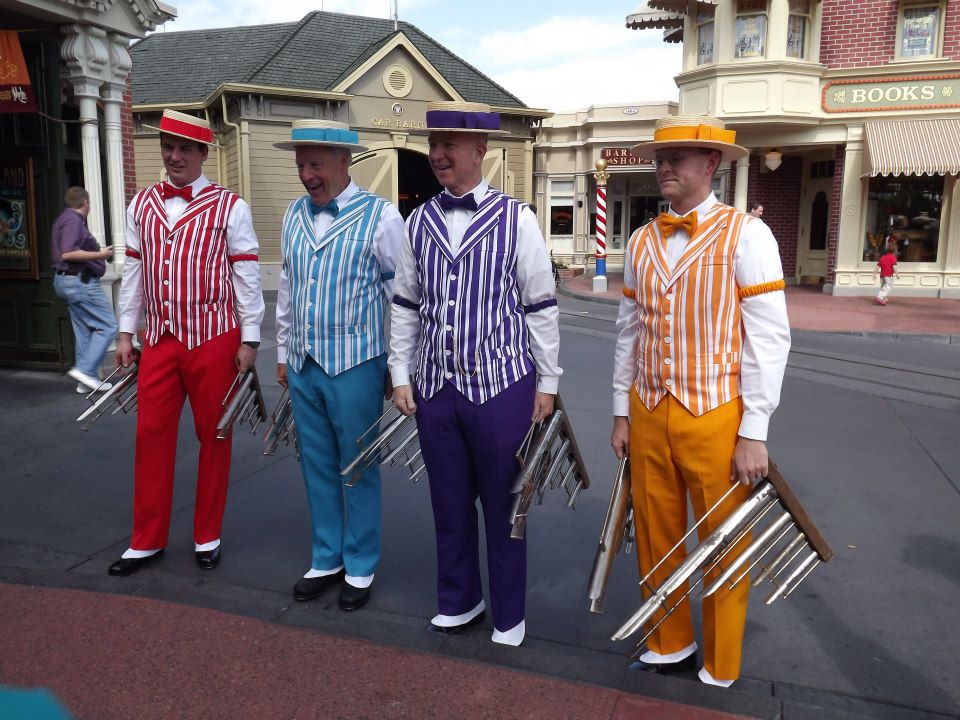 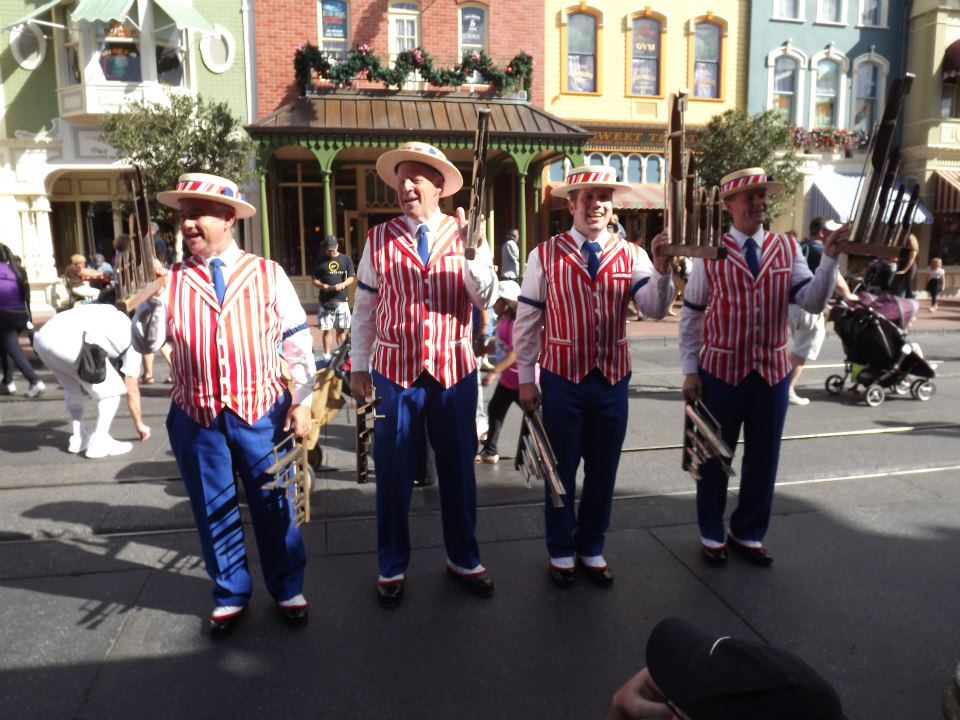 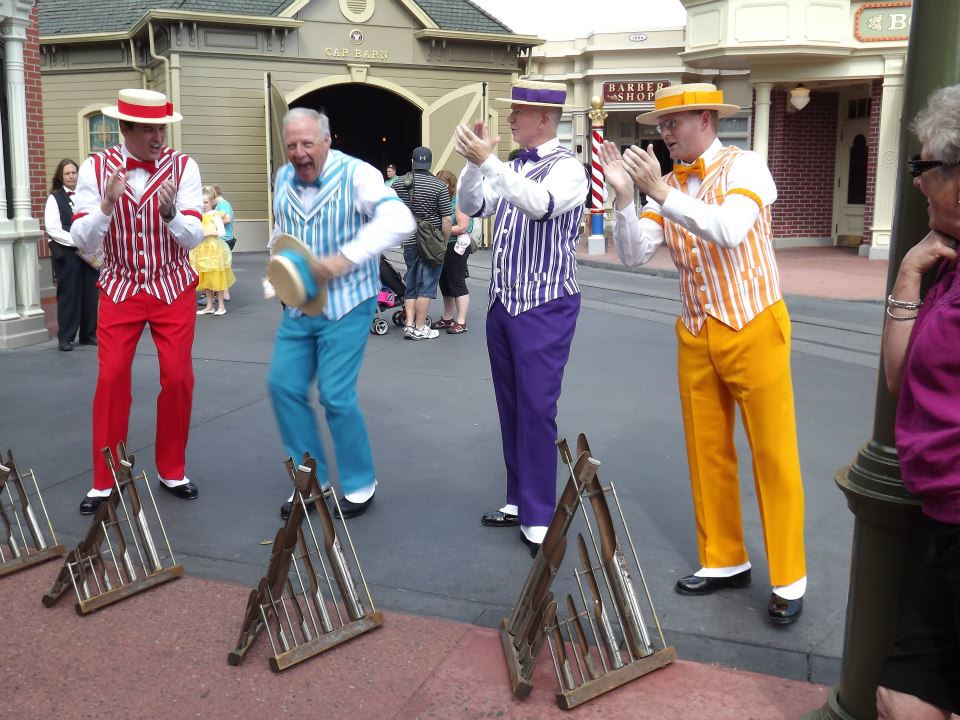 The Dapper Dans have been performing in Disneyland since 1959 and have been performing in Walt Disney World's Magic Kingdom since the park opened in 1971.  "Dapper Dans" was a name given to "well dressed gentleman" during the 1940's to 50's.  No matter what year it is, there is a special kind of feeling as you walk right down the middle of Main Street, USA and get serenaded by a real working barbershop quartet.  This group does 9 sets a day, 7 days a week.  Dapper Dan members have changed over the years and have up to 12 singers at each park + subs to ensure that performances are fulfilled at all times.  But every performance is the BEST ONE they are doing...AT THAT TIME! --  And that is the type of humor that you will see mixed with song, dance and a very special instrument during their performances. 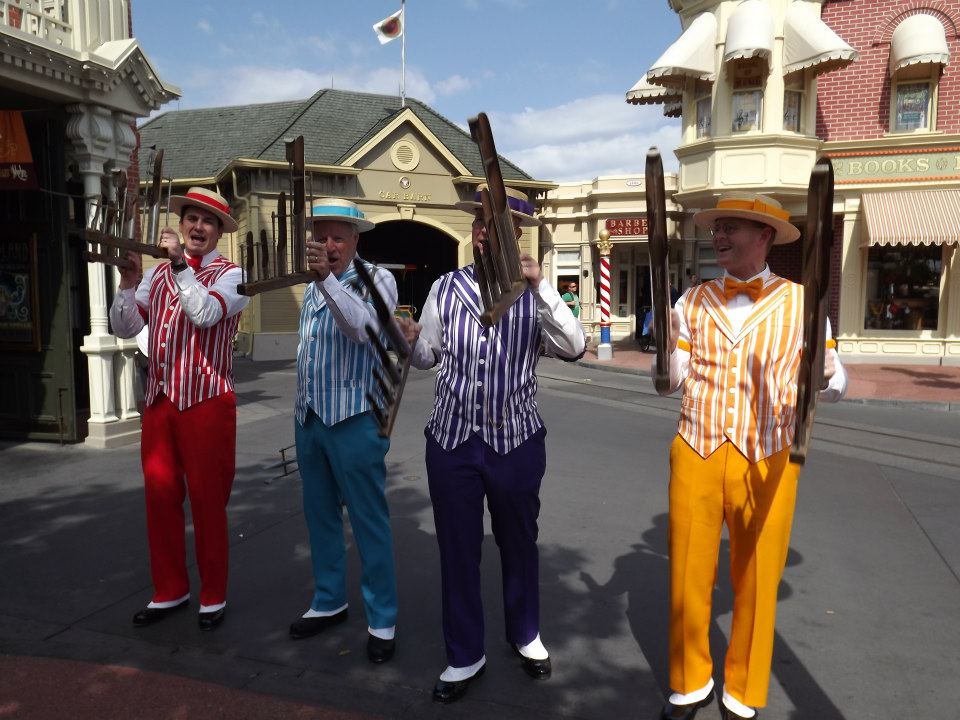 The Deagan Organ Chimes were patented in 1900 in Chicago, Illinois.  Each of the 8 chimes has 3 octaves of a single note, which completes a C Scale.  The Deagan Chimes were made by J.C. Deagan Company in Chicago around 1901.  Bub Thomas joined the Dapper Dans in 1970 and brought in the Deagan Organ Chimes, having used them in previous quartets.  Bub was taught how to use them from a woman named "Billie Bird" who was a Vaudeville performer as they worked together in the 40's-50's. 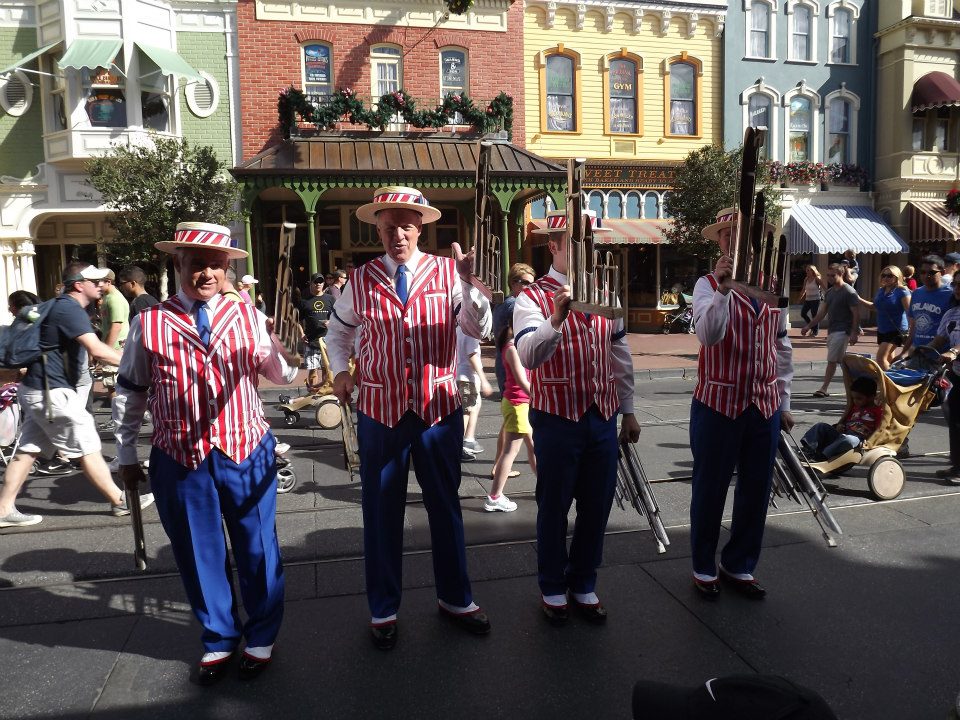 The Dapper Dans have made several media appearances on TV over the years and with Disney's "Limited Time Magic" in 2013, The Dapper Dans were a piece of the magic by changing their musical line from Barbershop to a  "Boy Band" lineup including groups like One Direction & New Kids on the Block.  I hope that you do look for the Dapper Dans while in Disney parks and stop to enjoy the sweet A Capella sounds from the past and smiles to your face. 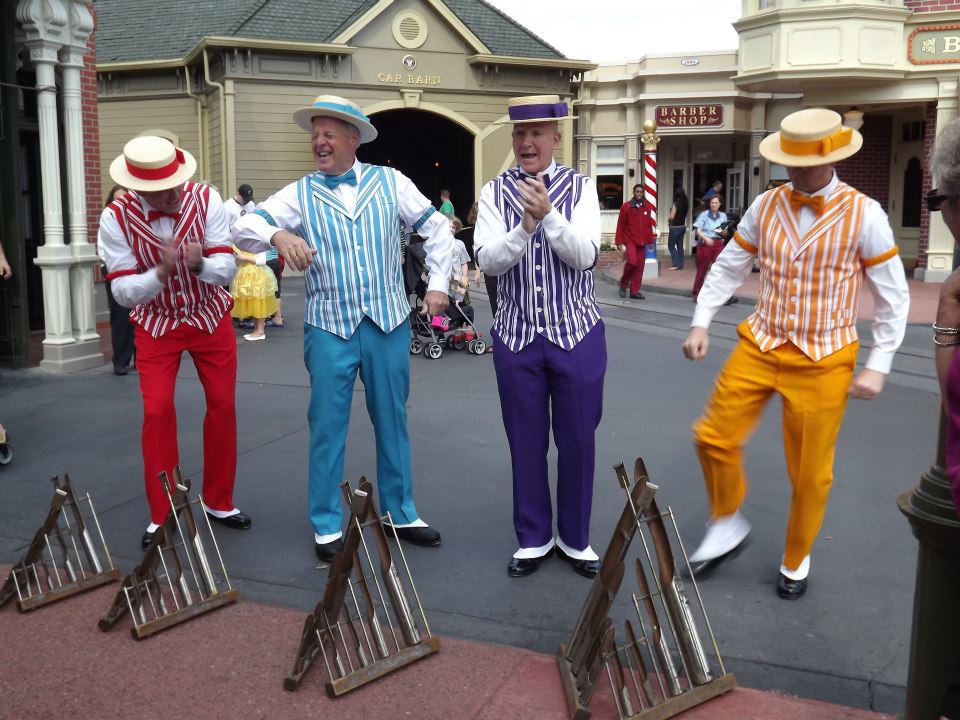 Posted by Beatrice Denis at 7:31 PM