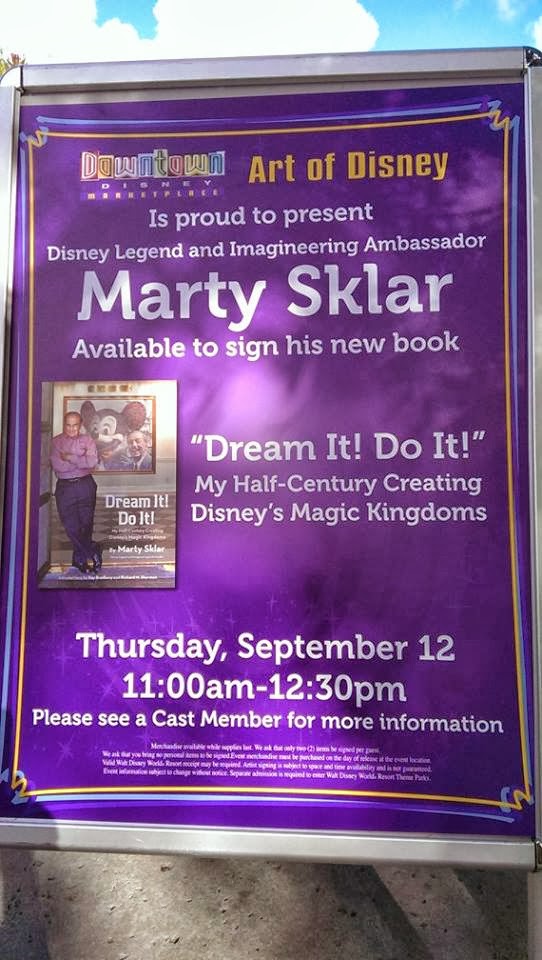 I recently had a wonderful experience, but realize that if you go in without realizing the Disney Rules, you may walk away with a less than magical experience.

Knowledge is power in most worlds...but in Fantasyland and the 43 square miles of Walt Disney World, knowledge can equal MAGICAL MOMENTS.

I was fortunate enough to attend a Book Signing with Marty Sklar for his new book "Dream It!  Do It!"
Marty Sklar retired from a legendary half-century in the Disney Company and he had a part in opening all eleven current Disney Parks throughout the world.  I look forward to reading his behind-the-scenes stories...but one thing that I was very impressed with on this morning was the system that Disney has for moving things along in a wonderful way, 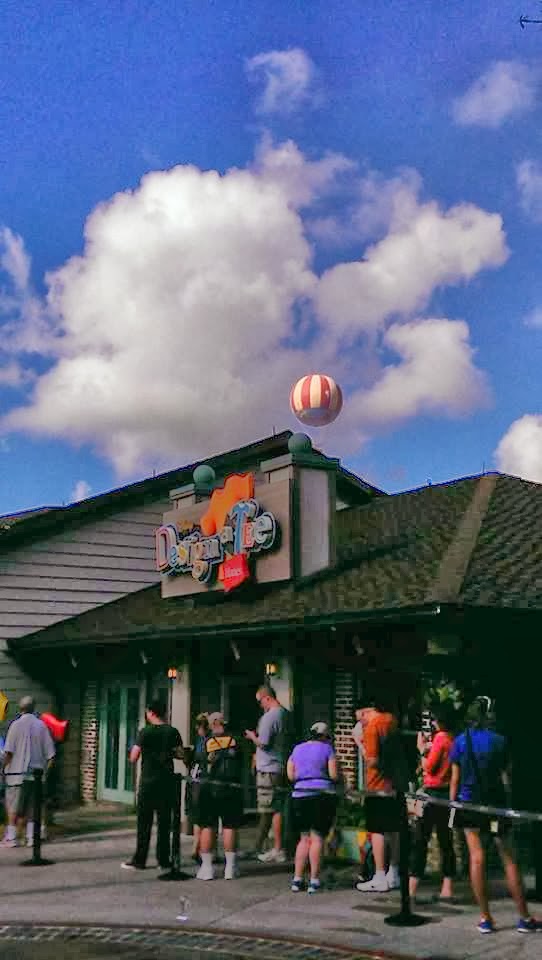 I arrived almost 2 hours early to stand in line for a book signing.  Although I know this Disney Legend is a big deal in MY mind, I didn't believe that on a weekday, many people would arrive that early for something that did not involve a character, ride or attraction.  I was WRONG!
When I got there, I immediately got in line where the rope and Cast Member was standing to help guests.  We were in the line to BUY his book.  You see, when there is a Book Signing at Walt Disney World, you have to show a receipt that you purchased the book on Disney property or buy it at the event.  You cannot bring in a book purchased from another source and get it signed on Disney Property.
I do not mind this.  I feel like we are coming to "Disney's house" and need to abide by their rules.  I work for a property management company:  we try to be as fair as possible, but people have to abide by our rules in "our house."  Another rule is that he can sign 2 items per person.  You can have more than one person in your party, but each person can have a maximum of 2 items.  This is just a rule to keep the line moving - and I have seen that with Disney, some people will bring 10 or more to sell online.  This rule makes the event much more special for more people. 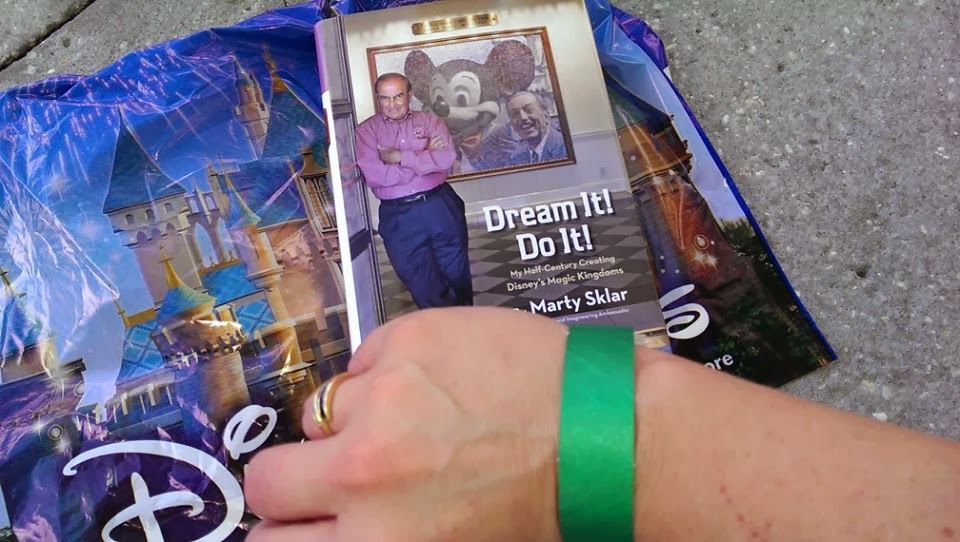 So, the first line is to walk in and go straight to the register to purchase the book.
At the register, they gave me a green wristband with my receipt.  I didn't need to show my receipt again because I already had a green wristband.
If you had purchased the book elsewhere on Disney property, you could have bypassed the first line and showed your receipt to go directly to the second line. 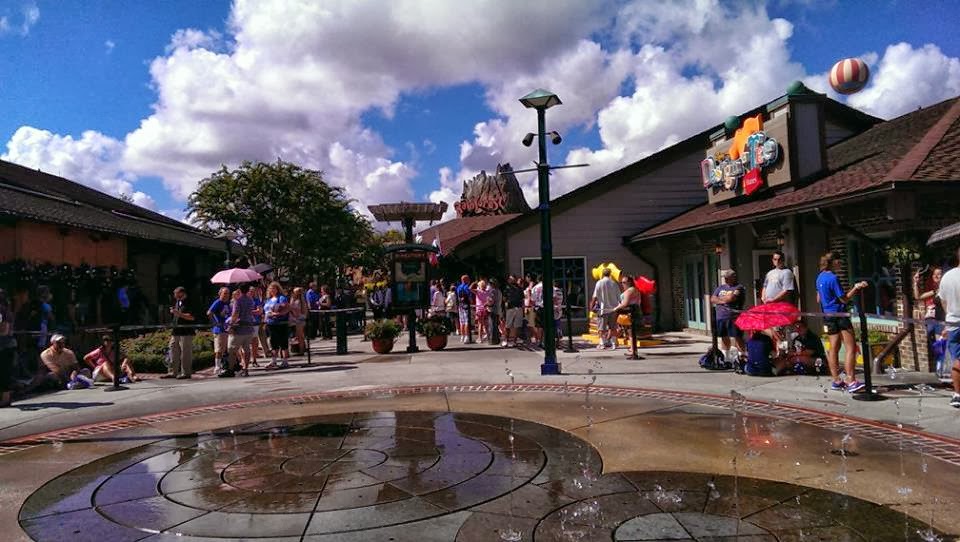 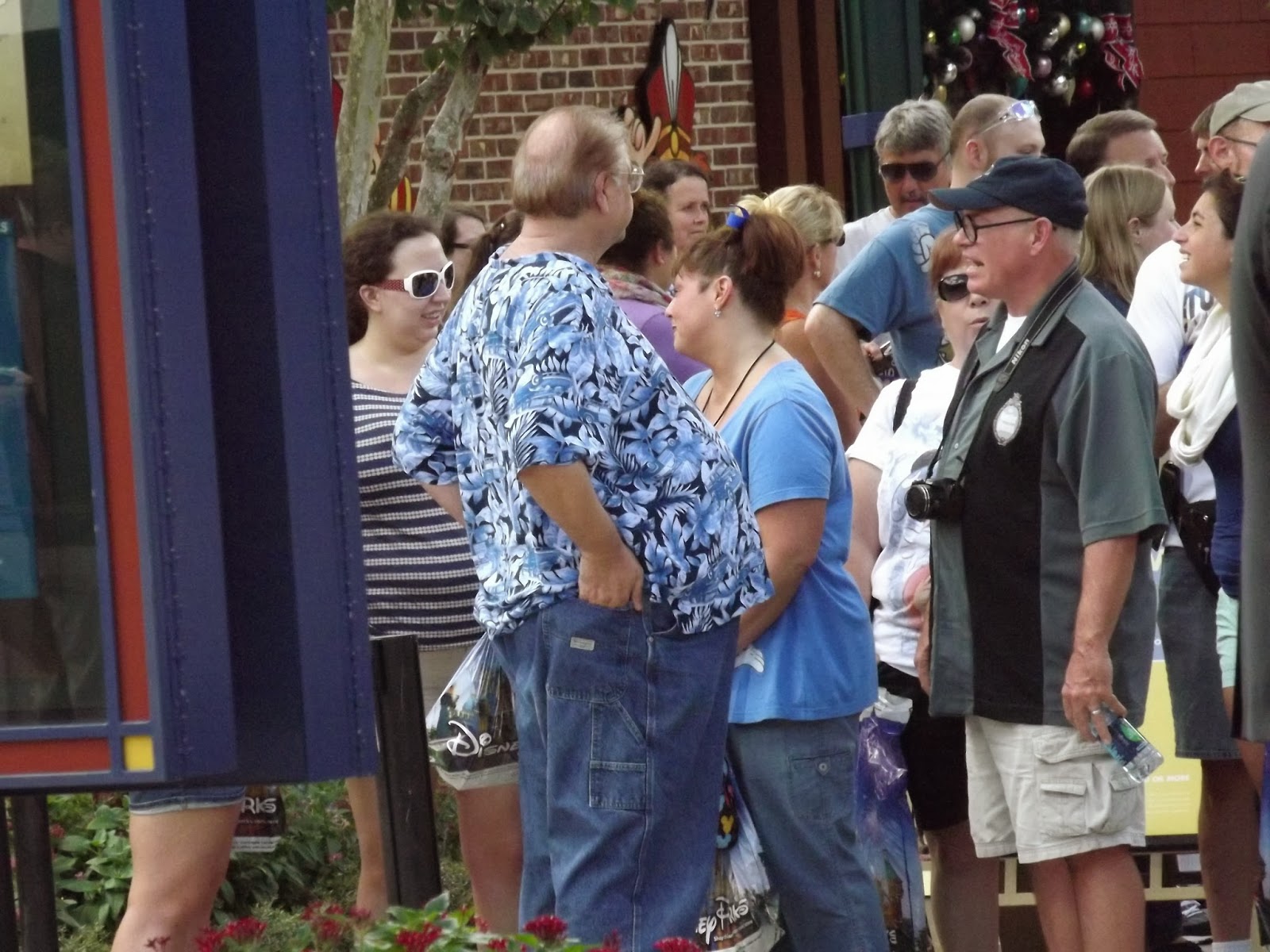 One thing you can't do is send someone to that second line to hold your spot because they DO check for wristbands - and if you say someone is coming, that doesn't work.  I witnessed a man trying to hold a spot but since HE did not have a wristband the Cast Member told him that he should not wait in "this line."  When he explained that he was holding a space for his wife who was in the other line, the Cast Member nicely pointed out about all the people who have legitimately been waiting in the line that she would be trying to pass...but that the wrist band color has changed to purple and she shouldn't be in the "green" area of line that he was in...so he moved back and was not happy.  But honestly, they were being very fair to ALL and I appreciate that.

By this time it was approximately 9:30am and I was in an 11am book signing line (thankfully in a nice shady spot with nice people around me).  I heard that the people who arrived at 9:30am were already getting purple wristbands, which did not guarantee them an opportunity to meet Marty Sklar.  But I also heard (and saw) that Mr. Sklar is a very wonderful, gracious man who took more time than was scheduled to sign books, speak to guests and really make you feel special.
During our long wait, Cast Members came down the line to ask us how we spell the name we want autographed in the book to and if we want any particular message.  Cast Members wrote down the 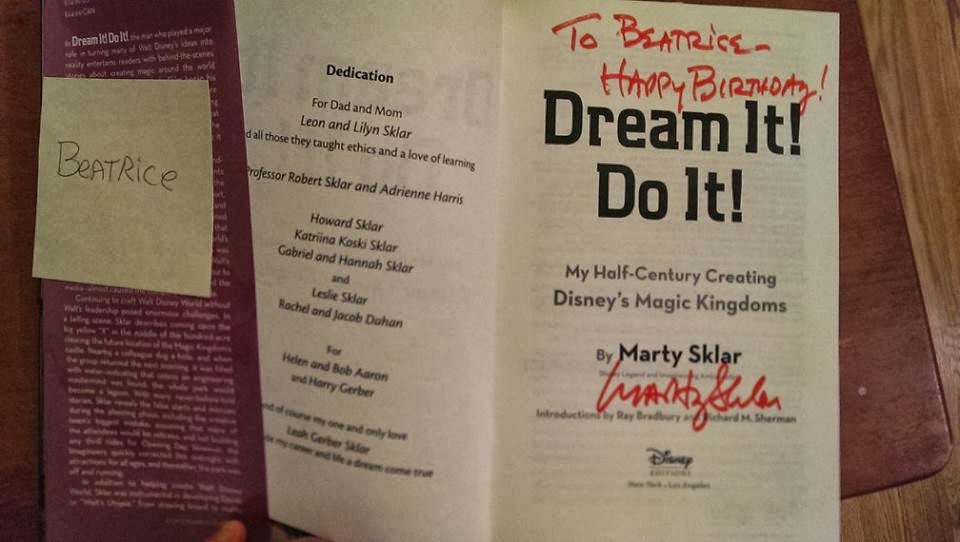 details clearly on a post it note and put the book cover in the spot to hold the page and save time having to flip around the book and give the details later.  That allowed a few special moments with Marty Sklar that I will treasure.
Also, Disney Ambassadors were going down the line chatting with people and Cast Members even made sure that everyone was ok and did not need water in the hot sun.  It was actually a very pleasant wait! 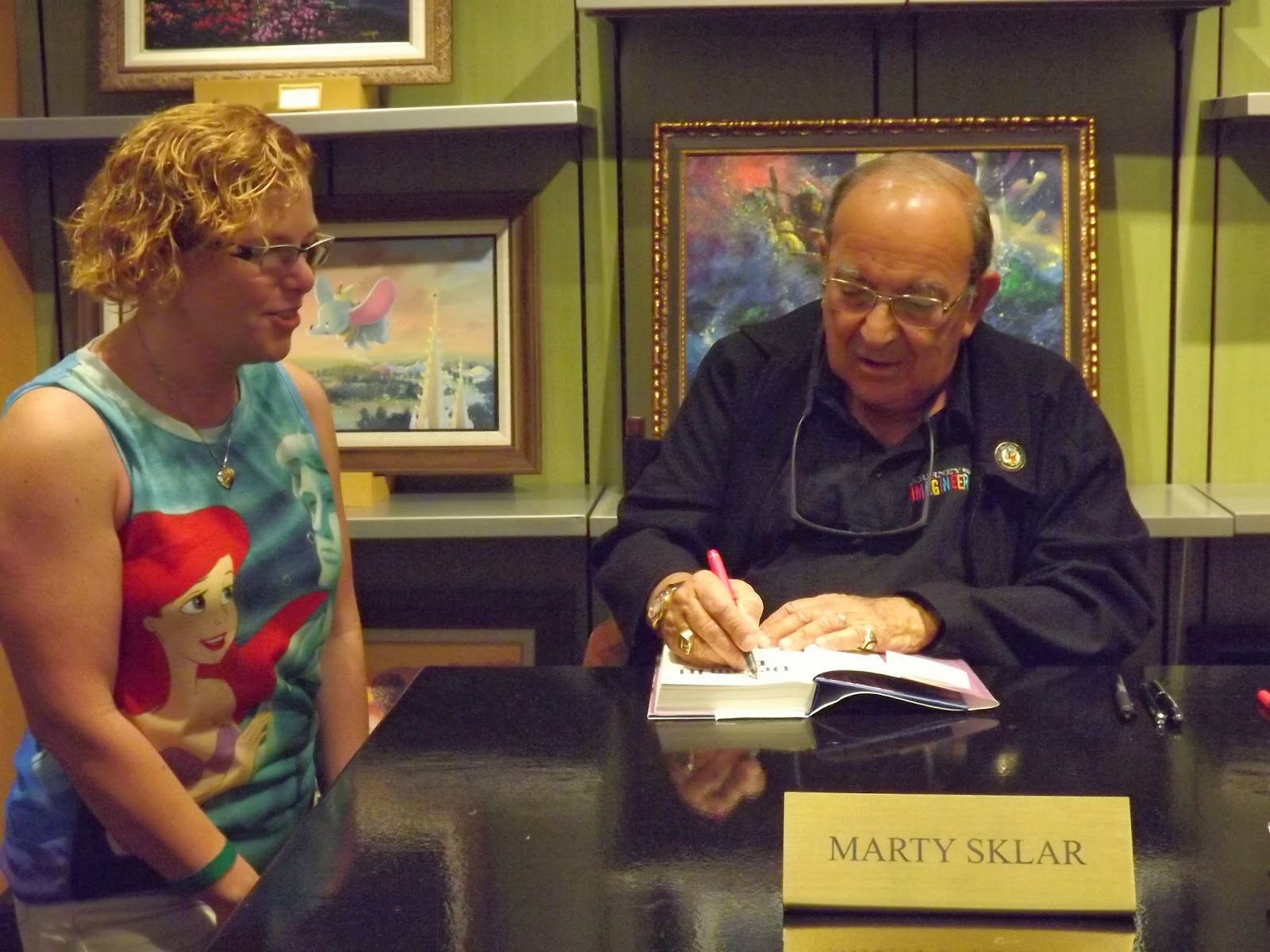 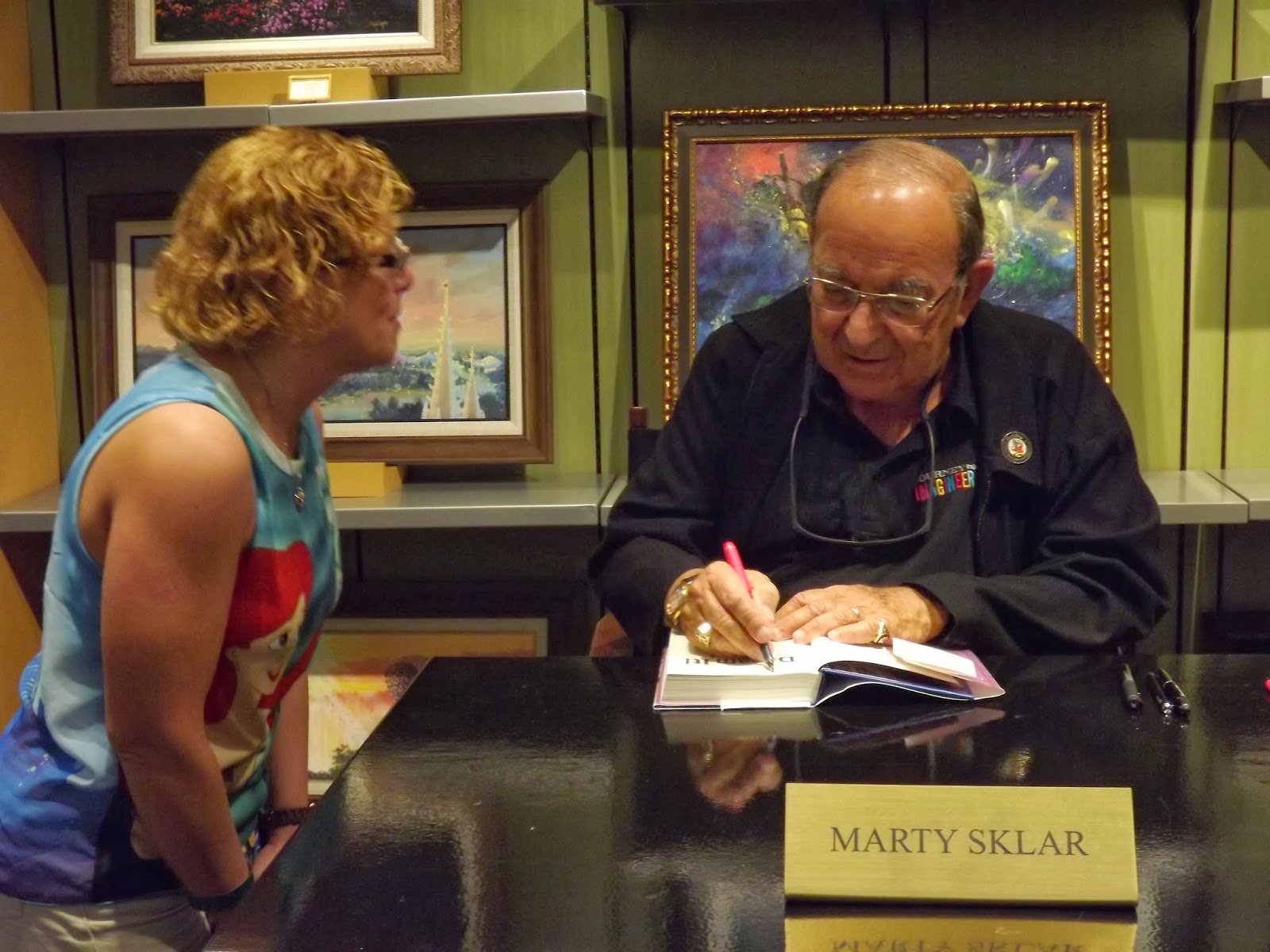 When I got to the signing area, one Cast Member offered to take my personal backpack, so that it would be safe at the Exit and not in my pictures - I LOVE THAT!  I always try to take that off for pics, but always carry around water and supplies...Another Cast Member took my camera to take pictures of Mr. Sklar interacting with me and signing my book.  They said that he was not doing individual posed pictures with everyone because they were trying to get as many people to meet him as possible.  But they had my camera and took several pictures of our moments together.  I appreciated not having to THINK about taking pictures, but enjoying the moment!

Then, as soon as I stepped away both Cast Members handed me my camera and backpack...at the same moment another Cast Member was handing over a bag to the "Bag Cast Member" & saying "GREEN SHIRT" and pointing...what a GREAT SYSTEM!  Disney, you've done it again. 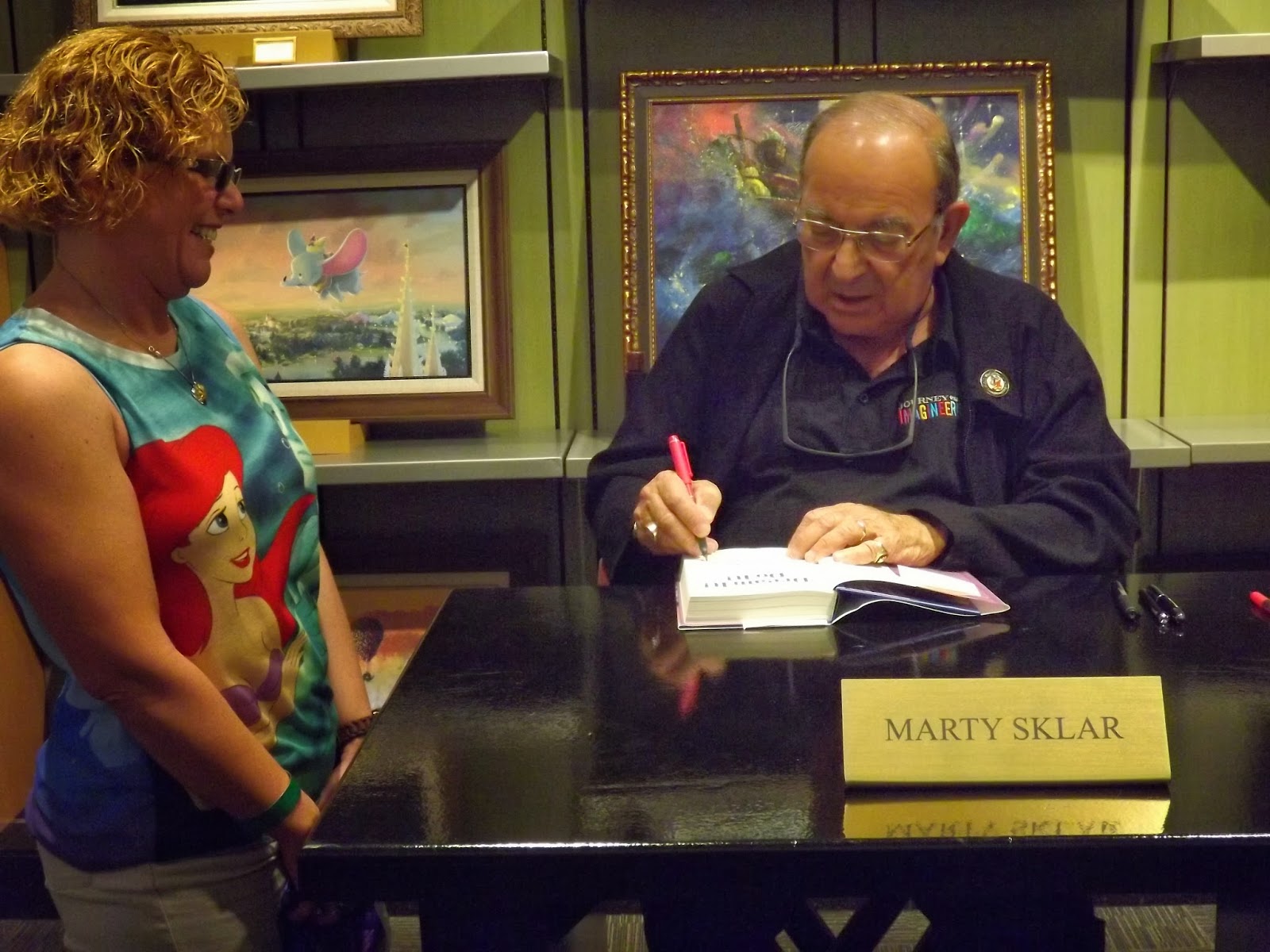 Disney Book Signings are wonderful!  But please be prepared to purchase the book at the signing or show a receipt of purchase within the Walt Disney World Resort to ensure a MAGICAL experience!